Greece to move 6,000 refugees from island camps to mainland 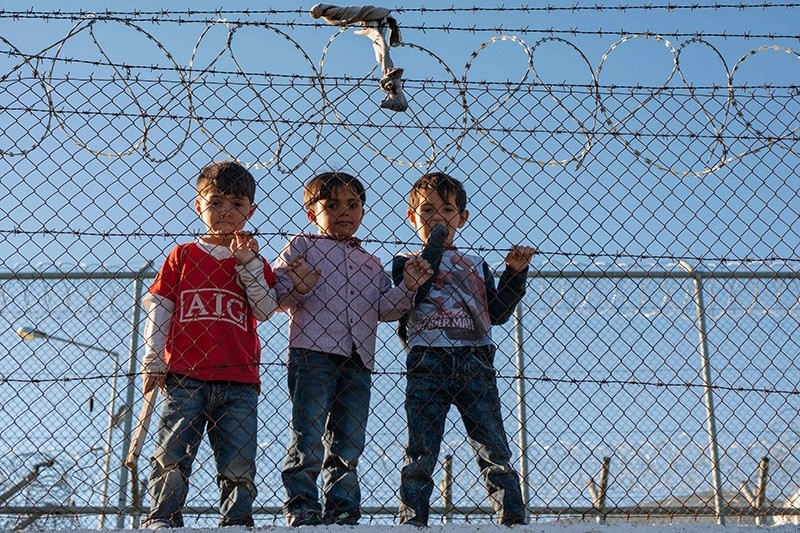 Greece is planning to transfers 6,000 refugees from the island camps to the mainland by the end of this year, the country's migration minister said Thursday.

"We plan to transfer 6,000 unprotected asylum-seekers and refugees to the mainland until the end of this year," Dimitris Vitsas told reporters at the capital Athens.

So far in 2018, he said, over 23,000 refugees have been transferred to the mainland due to overcrowding and poor living conditions in the island camps.

Vitsas said that around 28,000 irregular migrants crossed to Greece via the Aegean Sea this year.

He also called for strengthening the 2016 EU-Turkey deal on refugees.

In March 2016, the EU and Turkey reached an agreement to stop irregular migration through the Aegean Sea and improve the conditions of Syrian refugees in Turkey.

The Greek minister said that during the international meetings in Europe, Greece always underlines the importance of cooperation with Turkey on refugees.

Vitsas said that Turkish Interior Minister Süleyman Soylu will visit Greece in January as the two countries' security forces are in cooperation to fight against human trafficking.

Conditions in the overcrowded camps on the Greek islands have been criticized by rights groups.

Turkey hosts over 3.5 million Syrian refugees, more than any other country in the world. The country has spent more than $32 billion from its own national resources on helping and sheltering refugees since the beginning of the Syrian civil war.