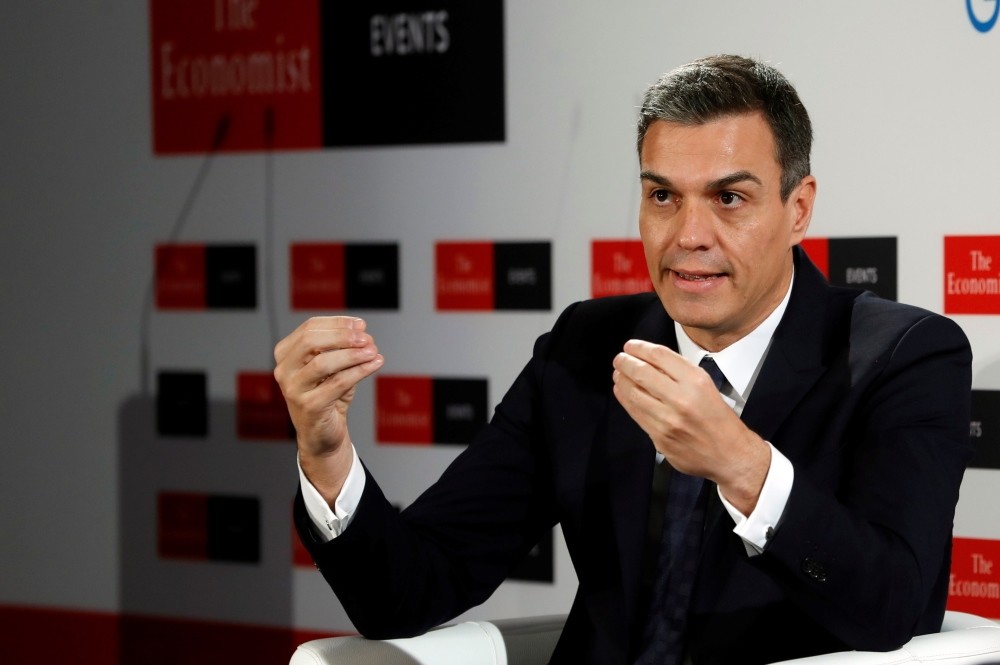 Spain will vote against the European Union's draft Brexit deal on Sunday unless it is modified to make clear that the future of the disputed British territory of Gibraltar relies on talks between Madrid and London, Prime Minister Pedro Sanchez said. Spain's demands on Gibraltar are the latest push by EU states to obtain more on national interests ahead of Sunday's summit of EU leaders, but diplomats said there was little concern these would scupper prospects for a deal.

"As of today, if there are no changes with respect to Gibraltar, Spain will vote no to the agreement on Brexit," Sanchez said during a conference in Madrid yesterday.

According to EU rules, the withdrawal treaty is adopted by qualified majority and not unanimity. So a single state like Spain cannot block it. The EU's executive said it was aware of Spain's concerns and it expected the issue to be resolved.

The rocky, 2.6 square mile (6.7 square kilometer) enclave at the tip of the Iberian peninsula has been a British territory, and the source of friction between the U.K. and Spain, since 1713. Gibraltar is due to leave the European Union along with the United Kingdom in March, although 96 percent of its population voted in the 2016 referendum to remain in the bloc.

While Spain last week initially welcomed a protocol on Gibraltar in the draft Brexit agreement, Foreign Minister Josep Borrell on Monday said there was confusion over Gibraltar in the main body of the agreement. In Brussels, EU spokesman Margaritis Schinas said the bloc agreed last year that "after the UK leaves the Union, no agreement between the EU and the UK may apply to the territory of Gibraltar without the agreement between Kingdom of Spain and the United Kingdom."

According to Article 184 of the draft divorce deal, "the EU and the United Kingdom shall make every effort, in good faith and with full respect for their respective legal systems, to adopt the measures necessary to negotiate rapidly the agreements governing their future relationship." These agreements will be negotiated between Brexit day on March 29 and December 2020, extendable once, and will enter into force at the end of the period. But Spain wants to retain what it sees as its right to negotiate the future on Gibraltar with Britain on a bilateral basis, giving it an effective veto. Although the legal service of the EU Council has tried to reassure Spain that the text does not preclude this, Madrid is seeking further clarification.

Madrid has long argued that Gibraltar must not be included in Brexit negotiations, as it is not fully recognized by the international community as an integral part of the U.K. The U.N. defines it as "non-self-governing territory," a special status that means it is under the administration of the British though not formally a part of the U.K. Seizing the opportunity soon after the U.K. voted to leave the EU in June 2016, Madrid proposed to share sovereignty over Gibraltar with London, which it argued would allow the Rock to remain in the 27-member bloc.

Gibraltar borders the Andalusia region where regional elections key for Sanchez's socialist party as well as his main opponents are held on Dec. 2. Several thousand Spaniards cross the border every day to jobs in the territory. Gibraltar's Chief Minister Fabian Picardo on Monday issued a statement regretting the Spanish position. "It does not come as a surprise that Madrid should seek to raise new Gibraltar issues at the last minute on our negotiations to leave the EU. Raising issue at the 11th hour is a well-known tactic that has been used by Spain in the past while were in the EU," Picardo said.