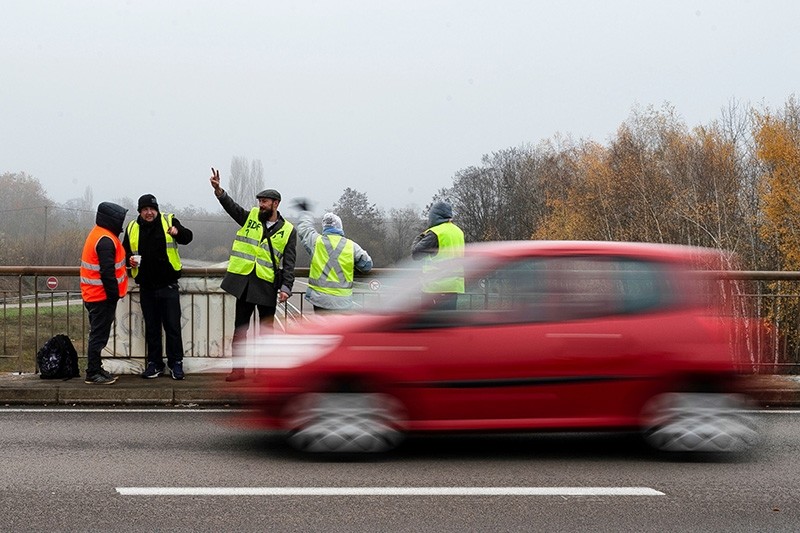 Some 30,000 French gasoline price protestors are expected to flood Paris this weekend, with authorities expecting trouble.

The French Interior Ministry said Thursday that protesters will be able to gather at the base of the Eiffel Tower in Paris on Saturday.

But the protesters cannot meet at the more central Place de la Concorde, as suggested by some calls on social media, the ministry said, citing "obvious safety reasons."

However, local chapters have said they will not accept limits to where they can protest.

The Place de la Concorde, at the bottom of the Champs-Elysees, is also close to the presidential Elysee Palace. At protests last Saturday, police fired tear gas to clear demonstrators from a street near the palace.

Meanwhile, a man wearing a fluorescent yellow jacket similar to those worn by the fuel protesters threatened to explode a grenade near a petrol station in the western French town of Angers, Interior Minister Christophe Castaner said Friday.

Castaner told a news conference the man had shown onlookers the grenade, said he was carrying other explosives and had demanded to see French President Emmanuel Macron.

Security officials were on site to evaluate the risk, Castaner said. It was not clear if the man was directly linked to the yellow jacket movement.

Macron's government has stood firm against demands by protestors to cancel planned tax rises on petrol and diesel, saying they are needed to fight climate change.

It has instead offered aid to motorists on lower incomes or in more need of using their cars, but protesters appear unconvinced.

Some 283,000 protesters took to the streets around France on Saturday wearing the yellow high-visibility jackets that have become a symbol of the largely leaderless movement.

Smaller protests, some blocking motorway junctions and roundabouts, have continued since then. Two people have died, more than 550 have been injured and 450 detained for questioning, according to the Interior Ministry.

On the French Indian Ocean island of La Reunion, a night-time curfew has been declared in some areas and 80 extra gendarmes sent from France to back up security forces.

The movement appears popular, with about 70-per-cent public support, according to an ELABE poll for broadcaster BFMTV published on Wednesday.