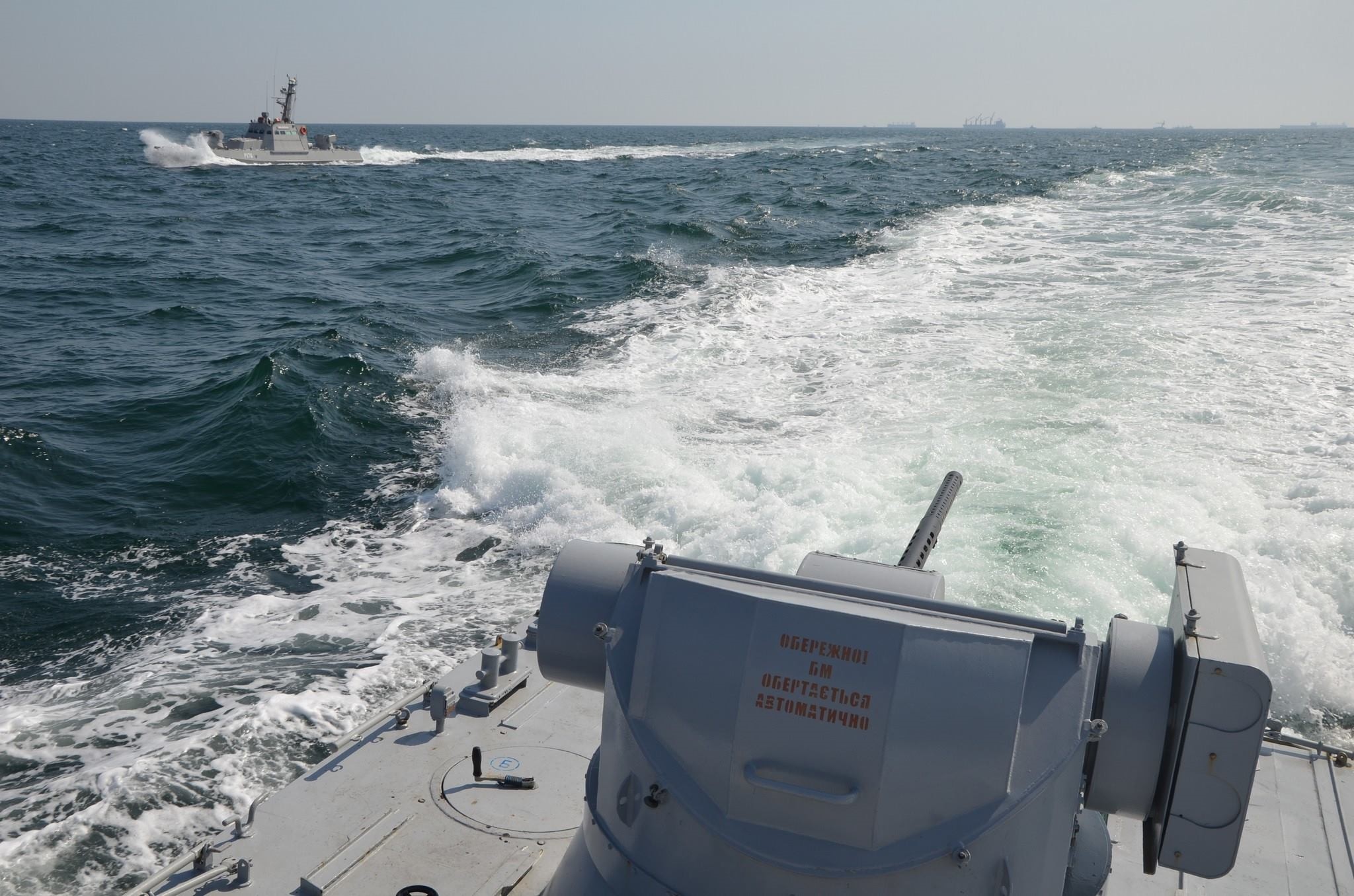 Russia has stopped three Ukrainian navy vessels from entering the Sea of Azov via the Kerch Strait by placing a huge cargo ship beneath a Russian-controlled bridge, Russia's state-controlled Rossiya 24 TV channel reported on Sunday.

A Rossiya 24 correspondent reporting from the area of the Kerch Strait bridge near Crimea said Russia's tactic had completely blocked the bridge, which connects the Black Sea and the Sea of Azov, and that Russian military helicopters were circling overhead.

Earlier on Sunday, Russia and Ukraine accused each other of breaking international law after Russian border guards tried and failed to stop Ukrainian ships circumnavigating Crimea en route to a Ukrainian port.

The incident in the Black Sea reflects rising tensions between Moscow and Kiev around the Sea of Azov which both countries have the right to use.

Russia and Ukraine, whose relations remain acutely strained after Moscow's 2014 annexation of Crimea and its backing for a pro-Russian insurgency in eastern Ukraine, have accused each other of harassing each other's shipping in the area.

Ukrainian Navy said it had sent two small armored artillery vessels and a tugboat from the port of Odessa to Mariupol, a journey that requires them to pass from the Black Sea via the Kerch Strait into the Sea of Azov.

It said in a statement that Russian border guard vessels had tried to stop the small flotilla by ramming the tugboat, causing minor damage to it in an incident it said showed Russia was behaving aggressively and illegally.

Russian news agencies reported that Russia's FSB security service had accused Ukraine of not informing it in advance of the journey, something Kiev denied, and had said the Ukrainian ships had been maneuvering dangerously with the aim of stirring up tensions.