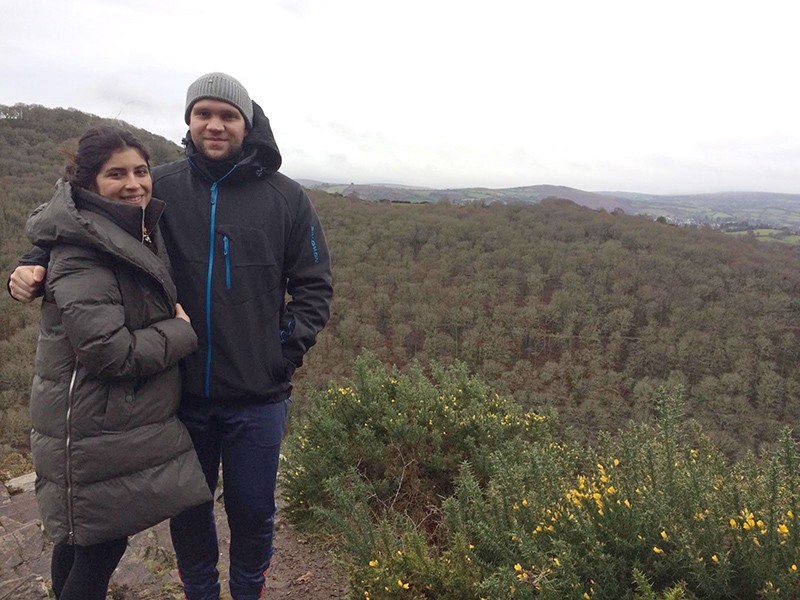 British academic Matthew Hedges returned home "safely" to London on Tuesday, his family said in a statement, a day after the United Arab Emirates pardoned his life sentence for spying in a case that stunned the U.K.

"After almost seven months of detention, including six months in solitary confinement, British PhD researcher, Matthew Hedges, has returned safely back to London. He was welcomed by his wife Daniela and members of his family," his family said in a statement.

Hedges thanked Britain's foreign ministry on Tuesday for ensuring his safe return to the United Kingdom.

"Thank you so much to the British Embassy and the FCO (Foreign and Commonwealth Office) for their efforts in ensuring I arrived safely back home," Hedges said in a statement.

The UAE pardoned Matthew Hedges on Monday after showing a video of him purportedly confessing to being a member of Britain's MI6 intelligence agency. Britain has denied he was a spy and welcomed his pardon.

The UAE president issued the pardon as part of a mass clemency of more than 700 prisoners to mark the country's National Day, according to a statement carried by state news agency WAM.

The pardon was effective immediately and Hedges, a 31-year-old doctoral student at Durham University held for more than six months, was allowed to leave the country within hours of the pardon.

The UAE had signaled on Friday that it was working on an "amicable solution" to the issue after London described the sentencing days prior as deeply disappointing.

Hedges has been held since May 5, when he was arrested at Dubai International Airport after a two-week research visit.

His family and university have cast Hedges as a talented researcher who fell foul of the UAE's security and justice system. The UAE cast him as a British spy who was given a fair trial for grave espionage offenses.

"The family and I welcome the news of the presidential pardon and cannot wait to have Matt back home," Hedges' wife Daniela Tejada said after the pardon.