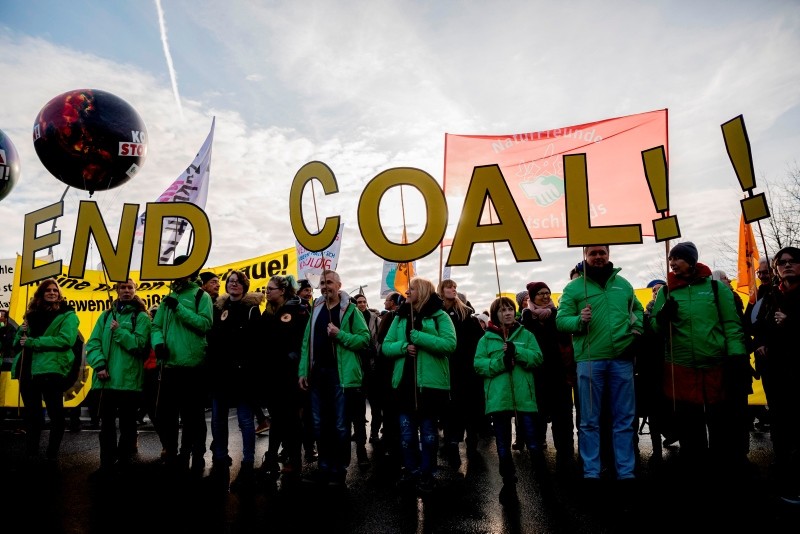 Thousands of demonstrators took to streets Saturday in Berlin and Cologne to protest the government's climate policy ahead of the United Nations Climate Change Conference (UN COP24) that will be held in Poland between Dec.2-14.

Organisers in Berlin said 16,000 protestors marched in Berlin -- 5,000 according to police -- in a colourful march featuring placards, banners and costumes.

In the western city of Cologne, organizers said 20,000 people turned out to protest -- 10,000 according to police.

"The point is that Germany must phase out coal by 2030," Executive Director of the Greenpeace International Jennifer Morgan told to AFP.

He evaluated Germany's attendance to the COP24 is an act of vain.

"We are in the final game for our future, as well as our children's and grandchildren's future", he said.

Germany was set to release a report on phasing out coal, however, the release was postponed until Feb, 2019.

The 24th Climate Conference will be held in Katowice, Poland with the attendance of high ranking politics across the globe in order to discuss the countries' climate policies as well as to implementation of Paris Agreement.

The Paris Agreement is a landmark agreement within the UN Framework Convention on Climate Change (UNFCCC) to deal with the climate change.

Coal accounted for 40 percent of carbon dioxide emissions worldwide in 2017 according to the Global Carbon Project -- the largest single source of the pollutant.