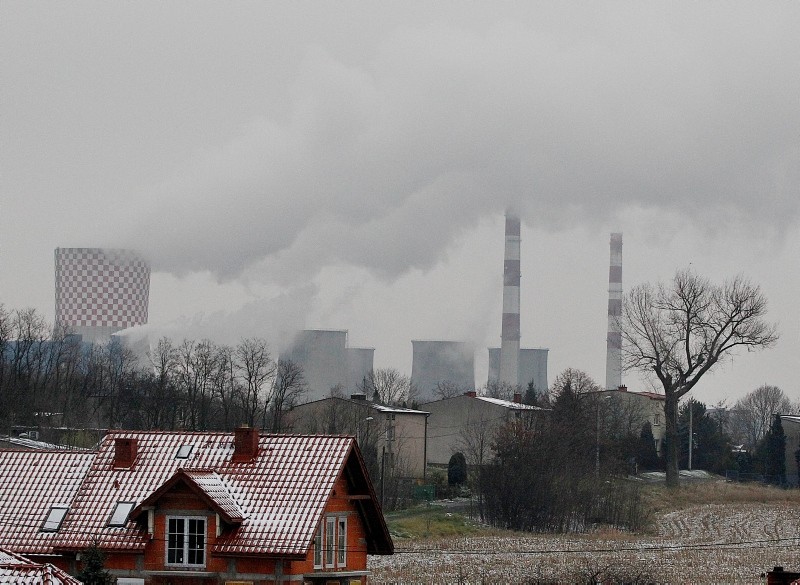 Negotiators from around the world began two weeks of talks on curbing climate change Sunday, three years after sealing a landmark deal in Paris that set a goal of keeping global warming well below 2 degrees Celsius (3.6 degrees Fahrenheit).

Envoys from almost 200 nations gathered in Poland's southern city of Katowice, a day earlier than originally planned, for the U.N. meeting that's scheduled to run until Dec. 14.

Ministers and some heads of government are joining in Monday, when host Poland will push for a joint declaration to ensure a "just transition" for fossil fuel industries like coal producers who are facing closures as part of efforts to reduce greenhouse gas emissions.

The meeting received a boost over the weekend, after 19 major economies at the G-20 summit affirmed their commitment to the 2015 Paris climate accord. The only holdout was the United States, which announced under President Donald Trump that it is withdrawing from the climate pact.

"It is sad that the federal administration of the United States, a country that is increasingly feeling the full force of climate impacts, continues to refuse to listen to the objective voice of science when it comes to climate change," Figures said.

"The rest of the G-20 have not only understood the science, they are taking actions to both prevent the major impacts and strengthen their economies," said Figueres, who now works with Mission 2020, a group that campaigns to reduce greenhouse gas emissions.

The meeting in Katowice is regarded as a key test of countries' willingness to back their lofty but distant goals with concrete measures, some of which are already drawing fierce protests. At the top of the agenda is the so-called Paris rulebook, which will determine how governments record and report their greenhouse emissions and efforts to cut them.

The political climate has also been transformed since the Paris agreement and the fragile global unity that brought about that accord has shattered.

"We will all have to show creativity and flexibility," Kurtyka said.

Stoking the tensions, Brazil has gone back on an earlier promise to host next year's U.N. climate conference.

The United States, meanwhile, reiterated at the G20 summit in Argentina on Saturday its decision to withdraw from the Paris accord and a U.S. commitment to using all energy sources.

The other members of the group of industrialized nations - including the biggest polluter, China - reaffirmed their commitment to implementing the Paris deal, taking into account their national circumstances and relative capabilities.

Separately, negotiators will discuss ramping up countries' national emissions targets after 2020, and financial support for poor nations that are struggling to adapt to climate change.

The shift away from fossil fuels, which scientists say has to happen by 2050, is expected to require a major overhaul of world economies.

"The good news is that we do know a lot of what we need to be able to do to get there," said David Waskow of the World Resources Institute.

Waskow, who has followed climate talks for years, said despite the Trump administration's refusal to back this global effort the momentum is going in the right direction.

"It's not one or two players anymore in the international arena," he said. "It's what I think you could call a distributed leadership, where you have a number of countries — some of them small or medium-sized — really making headway and doing it in tandem with cities and states and businesses."

Later Sunday, protests were planned by environmental activists calling for an end to coal mining in Poland, which gets some 80 percent of its energy from the most carbon-intensive fossil fuel of coal, which has been a major source of employment and national pride. Katowice is at the heart of Poland's coal mining region of Silesia and there are still several active mines in and around the city.

The younger generation is less emotionally attached to coal and is increasingly environmentally aware, though any phasing out of the fuel in Poland is likely to be slow.

The energy ministry said only last week that the country plans to invest in new coal capacity while its long-term energy strategy assumes it will still obtain about 60 percent of its power from coal in 2030.

On Saturday, thousands of people marched in Berlin and Cologne to demand that Germany speed up its exit from coal-fired power plants.

Just this week, the U.N.'s environment program said the voluntary national contributions agreed in Paris would have to triple if the world was to cap global warming below 2C.

For 1.5C, they must increase fivefold.

While the data are clear, a global political consensus over how to tackle climate change remains elusive.

"Katowice may show us if there will be any domino effect" following the U.S. withdrawal, said Laurence Tubiana, CEO of the European Climate Foundation and a main architect of the Paris deal.

Brazil's strongman president-elect Jair Bolsonaro, for one, has promised to follow the American lead during his campaign.

Even the most strident climate warnings -- spiraling temperatures, global sea-level rises, mass crop failures -- are something that many developed nations will only have to tackle in future.

But many other countries are already dealing with the droughts, higher seas and catastrophic storms climate change is exacerbating.

"A failure to act now risks pushing us beyond a point of no return with catastrophic consequences for life as we know it," said Amjad Abdulla, chief negotiator for the Alliance of Small Island States, of the UN talks.

A key issue up for debate is how the fight against climate change is funded, with developed and developing nations still world's apart in their demands.

Poorer nations argue that rich countries, which are responsible for the vast majority of historic carbon emissions, must help others to fund climate action.

But wealthy states, led by the U.S., have so far resisted calls to be more transparent in how their contributions are reported -- something developing nations say is vital to form ambitious green energy plans.

"Developed nations led by the U.S. will want to ignore their historic responsibilities and will say the world has changed," said Meena Ramam, from the Third World Network advocacy group.

"The question really is: how do you ensure that ambitious actions are done in an equitable way?"