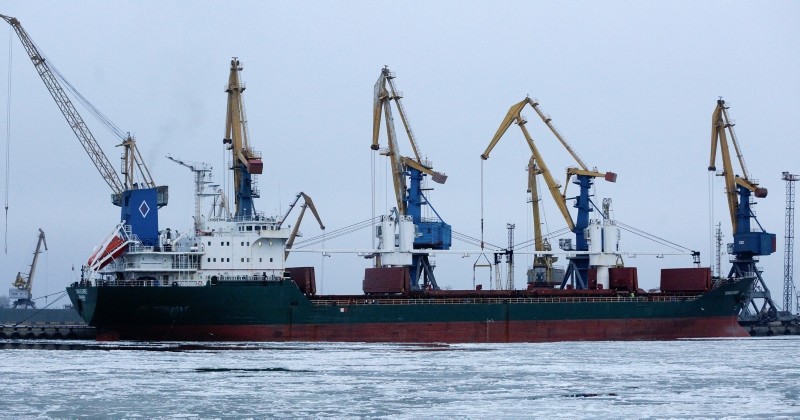 "Yes, Berdyansk and Mariupol ports are partially unlocked. Vessels make their way to the entrance and exit through the Kerch Strait towards Ukrainian ports ... the movement is partially restored," the ministry quoted Omelyan as saying.

According to the miniser, 17 vessels await entrance to the Sea of Azov, while one is looking to exit, while nine more are currently stationed at the ports.

Omelyan stressed that the unlocking of Ukrainian ports was possible due to coordinated actions of the Ukrainian government, a rigid and unequivocal international reaction, as well as attention from foreign media.

On Nov. 25, three Ukrainian naval vessels were heading from the Black Sea into the Sea of Azov when they were blocked by the Russian coast guard near the Kerch Strait between Russia's mainland and Crimea. After many tense hours of maneuvering, the Russians opened fire and seized the Ukrainian vessels and 24 crew members.

The Ukrainian seamen have been put in custody for two months pending Russia's investigation into the clash.

Ukraine and Russia have traded blame for the naval incident that further escalated the tug-of-war that began in 2014 when Russian annexed Crimea and backed separatist rebels in eastern Ukraine.

Ukraine says that its ships were operating in line with a 2003 treaty with Russia envisaging free navigation for vessels of both countries in the Sea of Azov and the Kerch Strait.

Russia is adamant that the Ukrainian ships had entered its waters without permission.