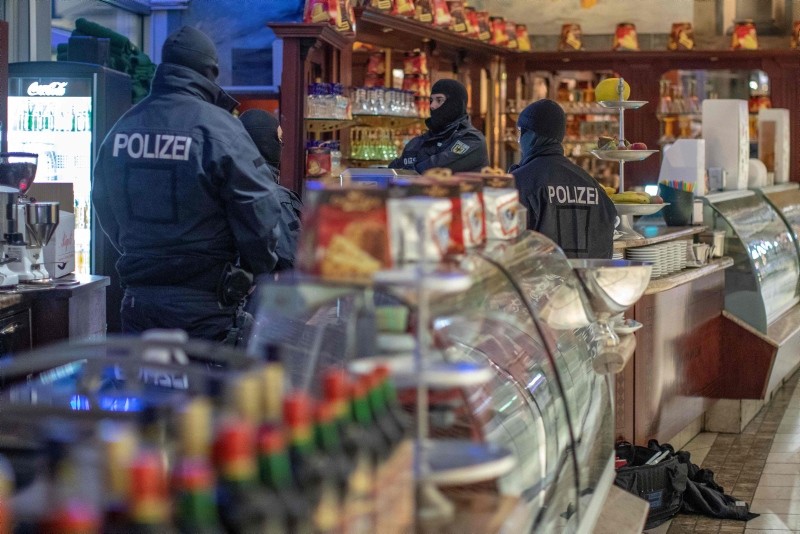 The international sweep involved police in Germany, Italy, the Netherlands and Belgium working together against the powerful organized crime syndicate based in southern Italy.

The group was involved in "cocaine trafficking, money laundering, bribery and violence", the European judicial agency Eurojust said in a statement.

It said the operation codenamed "Pollino" followed an investigation that began in 2016, adding that it would give more details at a press conference in The Hague later.

Italian police said 90 people had been arrested so far in the operation targeting the 'Ndrangheta group and its "projections across South America."

The vast anti-mafia operation was carried out by Italy's anti-mafia and anti-terrorism force in collaboration with German, Belgian and Dutch authorities, it said.

The European police agency Europol said it was a "decisive hit against one of the most powerful Italian criminal networks in the world."

The 'Ndrangheta — which derives its meaning from the Greek word for "heroism" — is made up of numerous village and family-based clans in Calabria, the rural, mountainous and under-developed "toe" of Italy's boot.

Despite intense police attention and frequent arrests, the organization has continued to extend its reach.

It has surpassed Sicily's Cosa Nostra and the Naples-based Camorra in influence thanks to its control of the cocaine trade, and is the sole mafia organization to operate on all continents, according to anti-mafia prosecutors.

The Europe-wide operation came a day after Italian police arrested new Cosa Nostra boss Settimino Mineo and dozens of other suspects in Sicily in a major swoop.

Jeweller Mineo, 80, was detained along with at least 45 others just before he was due to be appointed official heir to notorious mafia boss Toto Riina who died in prison last year.

It said 90 suspects had been targeted and 65 premises were being searched, adding that searches were also underway in Spain.

Dutch NOS television said the 'Ndrangheta were mainly active in the Netherlands in drug smuggling through the country's huge flower export market.

Belgian media said the arrests in that country were concentrated in the Limburg area.