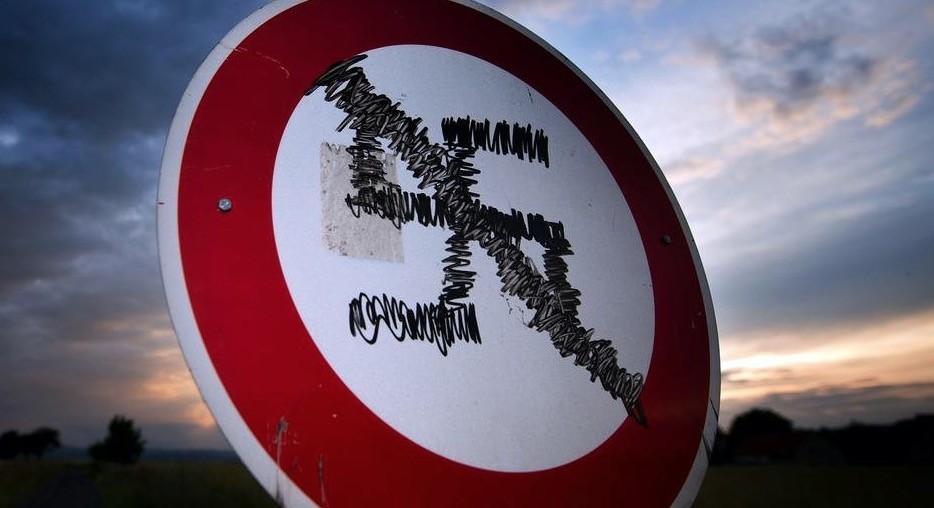 Germany has been under threat of rising Neo-Nazi presence in German society.
by Compiled from Wire Services Dec 06, 2018 12:00 am

Some 470 neo-Nazis, a number of whom are wanted for violent crimes by the German authorities, are at large throughout the country, as support for the far-right has increased over the last four years

Around 470 right-wing extremists and neo-Nazis are successfully evading arrest in Germany, according to information provided by the Interior Ministry, as the German police have trouble in finding and arresting violent neo-Nazis. At the end of September, 467 right-wing extremists were being sought under an arrest warrant, with 108 of them wanted in relation to politically motivated crimes, the ministry said in response to a parliamentary question from left-wing party Die Linke. The figures show a clear rise between 2014 and 2016. In September 2017, 501 cases of this sort were registered, the number falling to 457 in March this year.

Around a quarter of those being sought are known to the security authorities as perpetrators of violent crime. Some are known to have gone abroad, with Austria, Poland, the Czech Republic and Italy being among the destinations.

"The security authorities must now come up with some ideas to get hold of these fugitive Nazis more quickly," Ulla Jelpke, Linke spokeswoman on the interior, said as reported by German news service dpa. She said the numbers presented an "alarming sign that the Nazi scene is violent and criminal and remains so."

In August, massive far-right rallies rocked the city of Chemnitz, in eastern Germany where skinheads hounded migrants and performed the illegal Hitler salute. After the violence in Chemnitz, German police detained six men suspected of forming a far-right militant organization that assaulted foreigners in the eastern city of Chemnitz and also planned attacks on politicians. The men are alleged to have formed a group calling itself "Revolution Chemnitz." The arrests once again cast an uncomfortable spotlight on growing far-right terrorism in Chemnitz, which is a stronghold of the far-right Alternative for Germany (AfD).

Germany's extremist "Reich Citizen" and "Selbstverwalter" sovereign citizen movements are rapidly growing and their members are prepared to commit "the most serious acts of violence," according to an earlier report from the Bild newspaper. "Reich Citizens" and "Selbstverwalter" refer to a loose grouping of people in Germany who do not recognize the authority of the current system of government. There is no unified structure and several groups use the names despite very different belief systems.