US prepares to sail warship into Black Sea amid Ukraine-Russia tension, report says 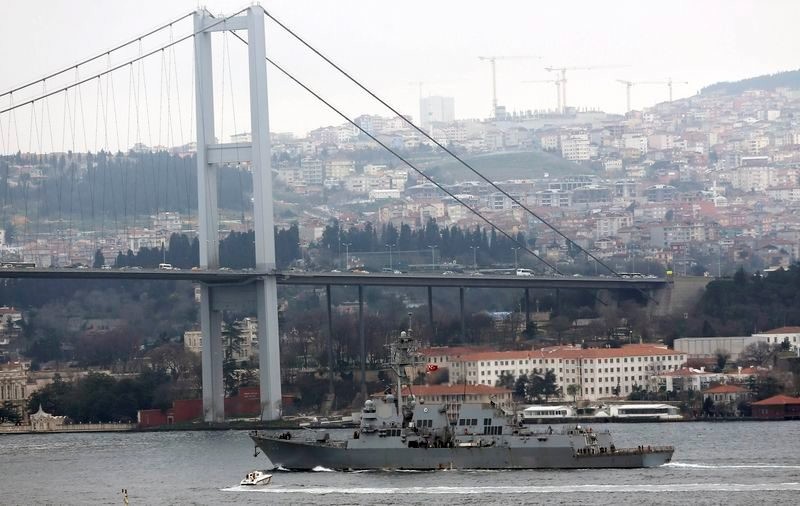 The U.S. military has begun preparations to sail a U.S. Navy warship into the Black Sea amid heightened tensions in the Kerch Strait near Crimea. The Pentagon has requested that the State Department inform Turkey of the possible action, CNN reported Wednesday, citing three anonymous officials.

The U.S. is required to notify Turkey of the intent to send a warship through the Bosporus and the Dardanelles, which requires a 15-day notice under the terms of the 1936 Montreux Convention. The treaty also limits the presence of warships from nations that don't border the Black Sea to a maximum of 21 days.

The officials CNN spoke to said the plans to possibly sail a warship into the Black Sea are in response to Russia's actions.

Relations between the two neighbors have been strained further following a Nov. 25 incident in which the Russian coast guard fired upon and seized three Ukrainian naval vessels and their crews off the Crimean Peninsula that Russia annexed from Ukraine. Ukrainian President Petro Poroshenko responded by introducing martial law for 30 days in much of Ukraine. For the duration of martial law, Ukrainian authorities barred entry to all Russian males aged 16 to 60 in a move the Ukrainian leader said was needed to prevent Russia from further destabilizing the country.

Russia and Ukraine traded blame for the confrontation that raised the specter of a full-blown conflict between the neighbors. Ukraine said its vessels were heading to the Sea of Azov in line with international maritime rules, while Russia charged that they had failed to obtain permission to pass through the narrow Kerch Strait that is spanned by a bridge that Russia completed this year. The incident sharply escalated tensions that have been growing between the two countries since Moscow annexed Crimea from Ukraine in 2014.

Amid several recent developments that have ratcheted up U.S.-Russia tensions, the U.S. reportedly sailed a destroyer to the Russian coast, near the Pacific Fleet base in Vladivostok. As part of freedom of navigation operation (FONOP), "The [guided-missile destroyer] McCampbell sailed in the vicinity of Peter the Great Bay to challenge Russia's excessive maritime claims and uphold the rights, freedoms, and lawful uses of the sea enjoyed by the United States and other nations," Pacific Fleet spokeswoman Lt. Rachel McMarr said in a statement, as reported by CNN.