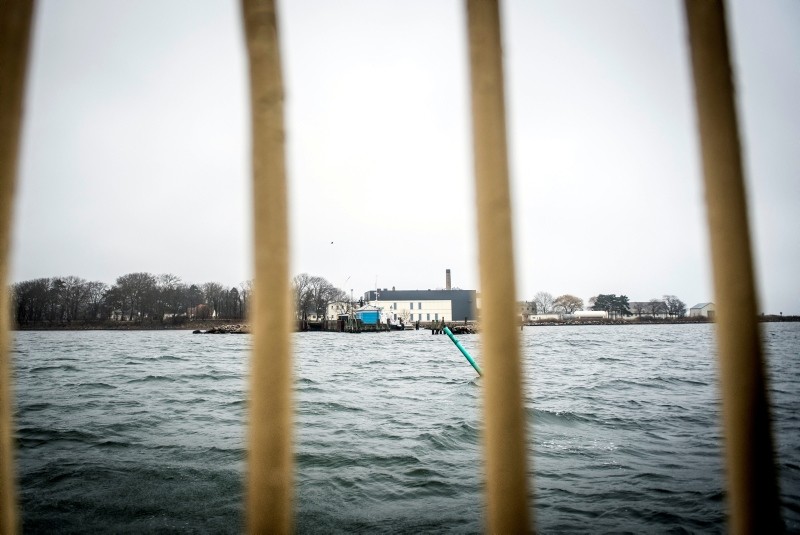 Denmark is planning to ship rejected asylum-seekers or foreign criminals to a tiny remote island south of Copenhagen.

The government last week proposed using Lindholm island for up to 100 criminals whose sentence of deportation cannot be carried out because they risk torture or execution in their home country.

The plan, which is the government's latest bid to curb immigration, is to decontaminate the uninhabited island by late 2019 and open facilities for some 100 people in 2021.

The immigration ministry even has a tracker counting the tightening of immigration legislation on its website http://uim.dk.

Critics say the plan is draconian but it is supported by the government's anti-immigrant ally, the Danish People's Party.

"I have serious concerns with this plan and we will monitor it and discuss it ... with the government," Bachelet told journalists in Geneva.

"We've seen the negative impact of such policies of isolation, and (they) should not replicate these policies. Because depriving them of their liberty, isolating them, and stigmatising them will only increase their vulnerability," she added.

Under the plan, the criminals could leave the island during the day but would have to report their whereabouts to authorities and return at night.

"They are unwanted in Denmark and they must feel that," said Integration Minister Inger Stojberg in a Facebook post after the proposal was announced.

Lindholm is 7 acres square and is currently used by scientists from the Technical University of Denmark researching swine flu and rabies among other things.

From 1926 until earlier this year, cattle and pigs suspected of having contagious diseases were brought to the island, some 80 kilometers (50 miles) south of Copenhagen, to be tested.

One ferry traveling to the island is named "Virus".

Parliament will vote on the proposal this month. Denmark is set to hold an election no later than June 17th next year.

In recent years, Denmark has tightened its laws for immigrants, extending from one year to three the period that family members must wait before they can join a refugee in Denmark, reducing benefits for asylum-seekers, shortening temporary residence permits and stepping up efforts to deport those whose applications are rejected.

In 2016, a law allowed the country's authorities to seize valuables from migrants to help finance the costs of their stay. Danish citizens also must sell valuables worth more than 10,000 kroner ($1,520) before they can receive any government welfare benefits.