UK PM May gets stuck in car during Berlin visit, mirroring her current situation in Brexit talks 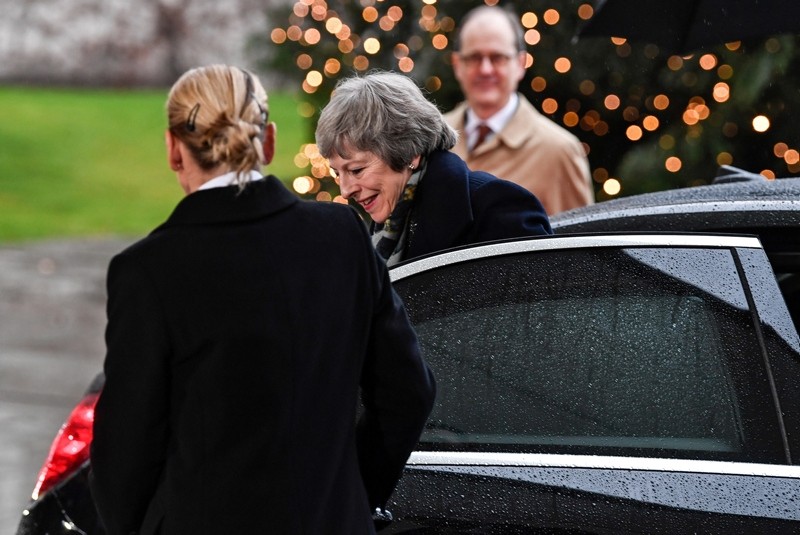 British Prime Minister Theresa May, who is boxed in on her options for Brexit, had her room for maneuver further diminished when she was briefly locked in her car in front of German leader Angela Merkel on Tuesday.

Staff struggled with the door of a limousine bedecked in Britain's Union Flag for more than 10 seconds before eventually opening it and allowing May to leave and shake the hand of Merkel who was waiting for her on a red carpet in Berlin.

May visited the Netherlands and Germany before heading to Brussels on Tuesday, a day after she delayed a parliamentary vote on the Brexit deal that she agreed with EU leaders last month but which is opposed by many British lawmakers.

Less than four months until the United Kingdom is due to leave the European Union on March 29, Brexit was plunged into chaos on Monday when May accepted that British lawmakers would not accept her deal and withdrew a key vote on it.

The ultimate outcome of Brexit is now uncertain. Possible scenarios include May's deal ultimately winning approval in a new parliamentary vote; May losing her job; Britain leaving the bloc with no deal or another referendum.

May has repeatedly said that British lawmakers face a choice of approving her deal or facing an exit with no deal or even the reversal of Brexit. So far there has been no indication that the government has been preparing for a second vote.