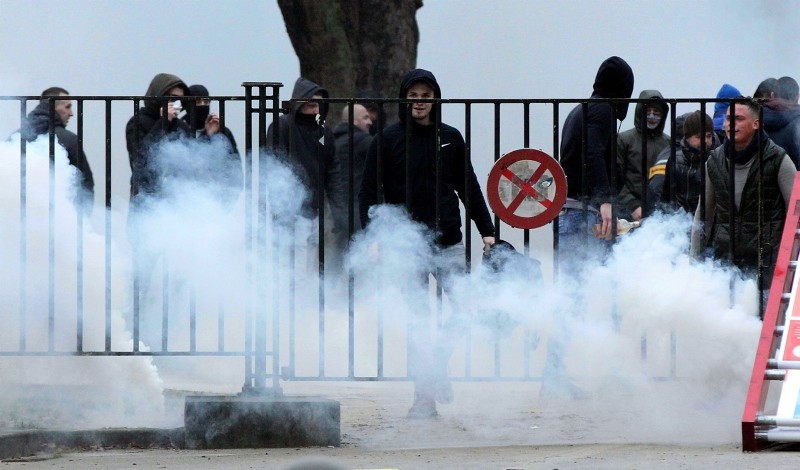 At least 90 people were detained during the protests, police told Belga news agency. 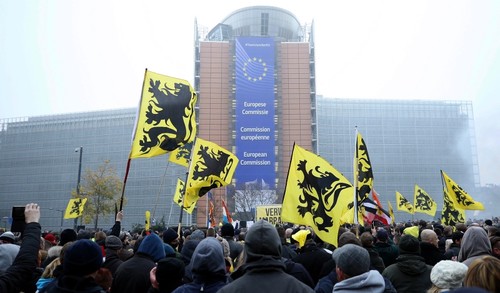 The public prosecutor accused six suspects of specific crimes such as damage to property, resisting arrest and drug trafficking, and wanted to detain them at least overnight. Further legal proceedings against them are expected to be decided on Monday.

About 5,500 people took part in the "March against Marrakech," police said. The U.N.'s Global Compact on Migration was endorsed by more than 150 countries in the Moroccan city on Monday. 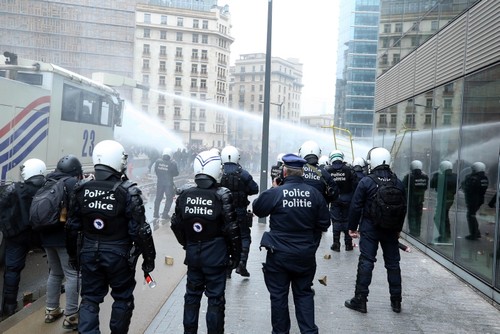 Some 300 to 400 people then tried to force their way into the European Commission building, Brussels Mayor Philippe Close told news agency Belga. Brussels is home to many of the key EU institutions.

Demonstrators threw stones and other objects at the European Commission building in the city, Belga reported. 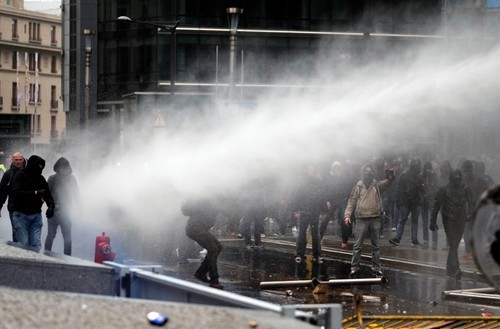 The demonstrators were reportedly calling for priority for their "own people," for closed borders and for the resignation of Prime Minister Charles Michel.

Left-wing groups organized a peaceful counter-demonstration that drew about 1,000 people to the city's Maximilian Park several kilometers away, according to Mayor Close.

A group of Yellow Vest protesters supported the counter-demonstrators, but they kept their distance from the right-wing march.