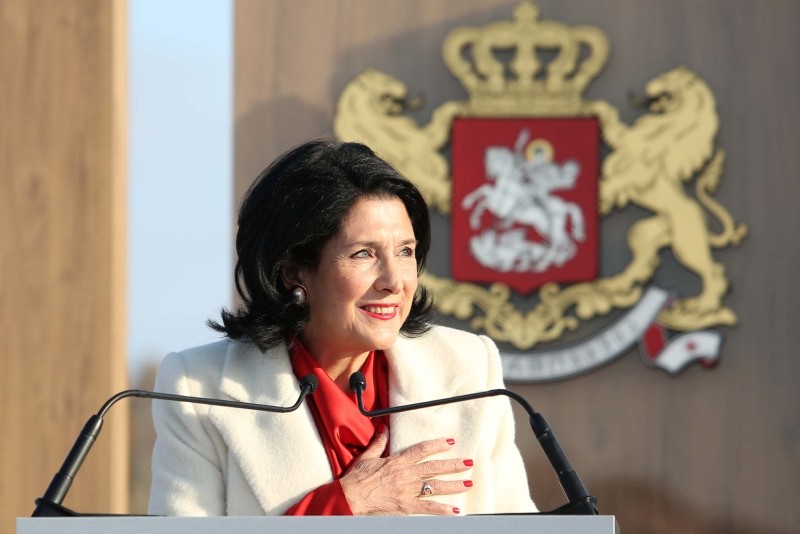 Georgia's first female president was sworn in on Sunday after being elected with over 59 percent of the votes in late November.

Zurabishvili, the fifth president of Georgia, said: "Georgia is facing big problems. Abkhazia and South Ossetia are under Russia's occupation."

She called on Russia to recognize all international legal rights of Georgia and said it was a must for normalized neighborly relations.

After attending the ceremony, the Turkish vice president met Georgian Prime Minister Mamuka Bakhtadze at the King Erekle II Palace and invited him to a High-Level Cooperation Council meeting in Turkey that will be held in the first quarter of 2019.

During the closed-door meeting, they discussed bilateral relations between the two neighboring countries.

They agreed that recent energy and transportation lines have improved cooperation between Turkey and Georgia. Oktay and Bakhtadze also agreed to increase economic cooperation and the number of joint projects.