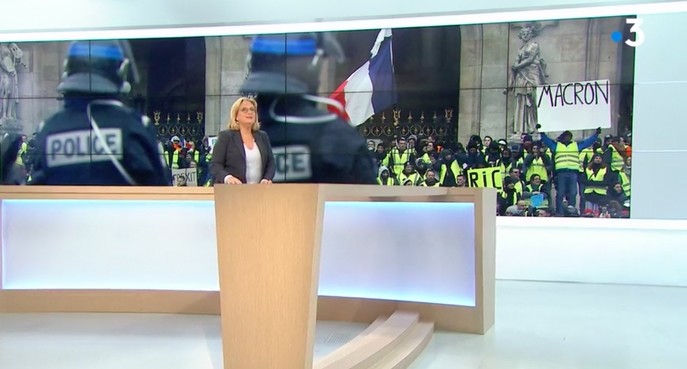 A French TV channel used doctored images to censor a placard aimed at President Emmanuel Macron by a "yellow vest" demonstrator, according to a report published by French newspaper Liberation on Sunday.

The original photo, captured by an AFP photojournalist, showed a yellow vest protester holding a placard that read "Macron Out" in French.

However, France 3, the second-biggest channel in the country, opted to use an altered version of the image which showed the protester holding a sign that just read "Macron." 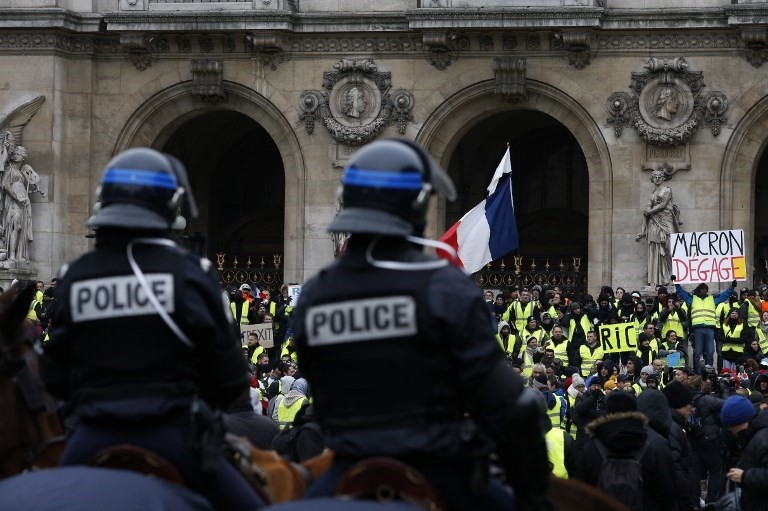 After receiving criticism on social media, the channel issued an apology saying the issue was caused by "human error."

France's yellow vest protesters have political stances ranging from the far-right to the far-left but the leaderless group is united in its sense that Macron and his government are out of touch.

According to a recent survey, 84 percent of the French people, mostly from the middle-income group, support the protests.