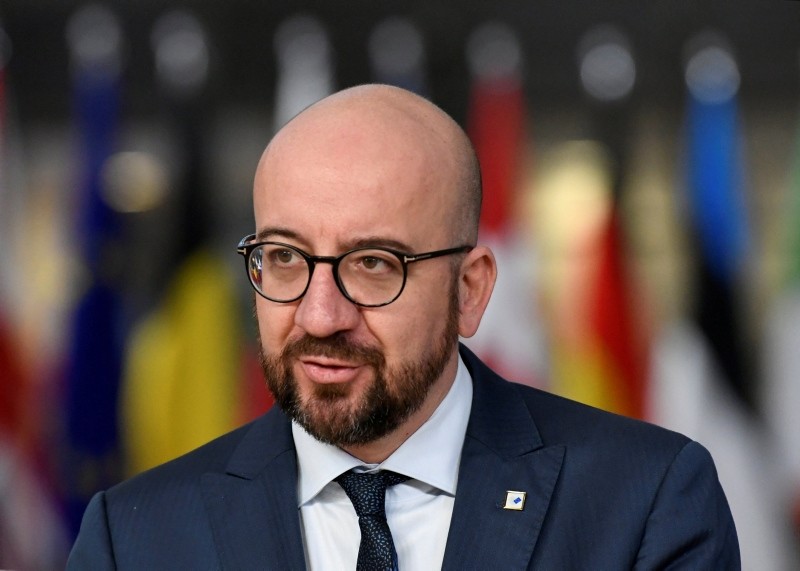 Belgian Prime Minister Charles Michel submitted his resignation Tuesday amid pressure on his government after the biggest party in his coalition quit over his support for a United Nations compact on international migration.

"I am taking the decision to offer my resignation. I am now going to see the king" to inform him," Michel told Belgian lawmakers.

The lawmakers had been demanding that he submit his new minority government to a confidence vote, but Michel refused and a confrontation this week seemed likely.

Michel, who took over in 2014, tried to convince them of the reshaped government's plans and said he would be ready to work with the opposition, but his overtures were rejected. His 2019 budget was among the sensitive topics up for debate.

The liberal premier admitted defeat rather than face and probably lose a no-confidence vote called by the left-wing and green opposition parties.

Some in the assembly pushed for an election to be held before the regularly scheduled one in May. Michel again refused, saying it would only lead to "stagnation for the whole of 2019."

As lawmakers applauded, he picked up his briefcase, shook the hands of a number of government ministers, and left. Michel made no comment to reporters upon entering and leaving Belgian King Philippe's residence, the Palace of Laeken in Brussels.

The king holds a largely symbolic role in Belgium but becomes a pivotal figure after inconclusive elections or disputes like the current one require the formation of new governments.

In a tweet, the Royal Palace said Philippe had received Michel and was "withholding his decision" about what steps to take next. It was not immediately clear whether the king had accepted the resignation the prime minister tendered on behalf of himself and his government.

With only five months to go until planned legislative elections in May, it was not immediately clear whether King Philippe would accept Michel's sudden departure.

Michel could be invited to lead a caretaker government until consultations with other party leaders can be held.

The palace said a decision is pending but a senior source told Agence France-Presse (AFP) the "most likely" outcome would be the crown asking Michel's government to handle the day-to-day business of government until the scheduled vote.

The right-wing New Flemish Alliance N-VA party quit the government after Michel sought parliamentary approval to support the U.N. compact against its wishes, branding his minority government "the Marrakech coalition," after the city where the migration treaty was signed just over a week ago.

The accord is non-binding, but the N-VA said it still went too far and would give even migrants who were in Belgium without authorization many additional rights.

The resignation comes two days after demonstrations against the pact in central Brussels descended into scuffles, with police forced to use tear gas and water cannon to restore order. After a debate in parliament where opposition parties refused to agree to vote on planned reforms on a case-by-case basis until the May 26 election, Michel announced he would quit.

The party launched an in-your-face social media campaign against the compact, featuring pictures of Muslim women with their faces covered and claiming that the accord focused on allowing migrants to retain the cultural practices of their homelands. But it quickly withdrew the materials after the campaign received widespread criticism.

A number of governments refused to sign the U.N. Global Compact Global Compact for Safe, Orderly and Regular Migration. They included the United States, but also a group of European Union countries, among them Austria which holds the EU's rotating presidency until Dec. 31.

Agriculture Minister Denis Ducarne of Michel's liberal MR party, criticized the left wing and green parties for risking "paralysis and crisis for our country" instead of cooperating. Their support was needed because the N-VA, led by powerful Antwerp mayor Bart De Wever, had made political demands which Michel judged "unacceptable," notably on constitutional changes.

The liberal premier has steadfastly defended the Marrakesh migration pact, saying it presented an "opportunity for better European and international cooperation." The non-binding U.N. accord, which would promote a common global approach to migrant flows, was initially supported by all four parties in Belgium's coalition. But the N-VA changed its mind in late October and pulled out of the coalition the day before Michel flew to Morocco to sign the deal, which has come under attack from populist leaders across Europe.