5 dead as train crashes into bus carrying schoolchildren in Serbia 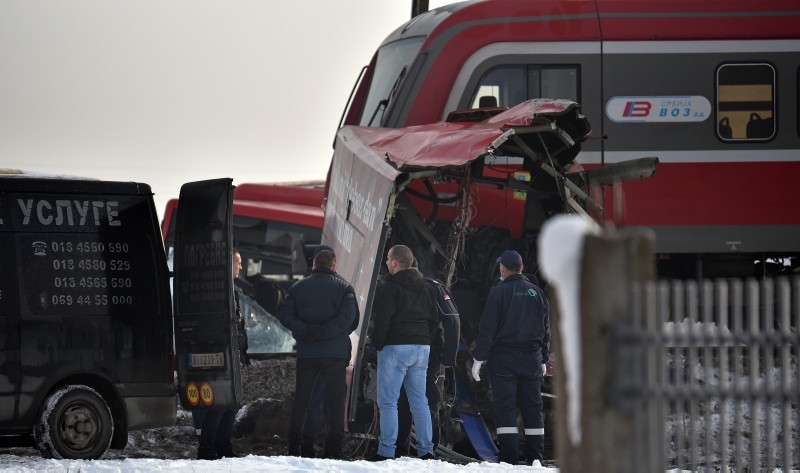 Five people have been killed and more than two dozen injured after a train ploughed through a bus in southern Serbia, police said on Friday.

The bus, which was carrying passengers including school pupils, was cut in half after being hit on a railroad crossing outside the southern city of Nis at around 730am (0630 GMT).

"Five people were killed and 27 were injured," a police spokeswoman told AFP.

Three people, including one minor, died instantly while two others passed away in a hospital in Nis, state broadcaster RTS reported.

Ten of the injured are in a "critical" condition, RTS reported.

The bus was carrying passengers from surrounding villages to Nis, local media reported.

The railway crossing where the crash occurred is near Nis, Serbia's third-largest city, and is secured just by a warning sign, not ramps and signalization, residents said.

The force of the impact tore the bus open and the death toll is likely to climb due to the compound injuries suffered by several passengers, RTS quoted a doctor in Nis as saying.

Serbia ranks poorly in traffic safety among European countries, with the number of fatalities per 100,000 vehicles near double the continental average - 34.5 to 19.

The main contributing factor is a general lack of driving discipline, including drunk driving, speeding and disregard for rules.

Additionally, much of the road network is in poor condition and the average age of cars in the country is 13-14 years and increasing, according to police figures.