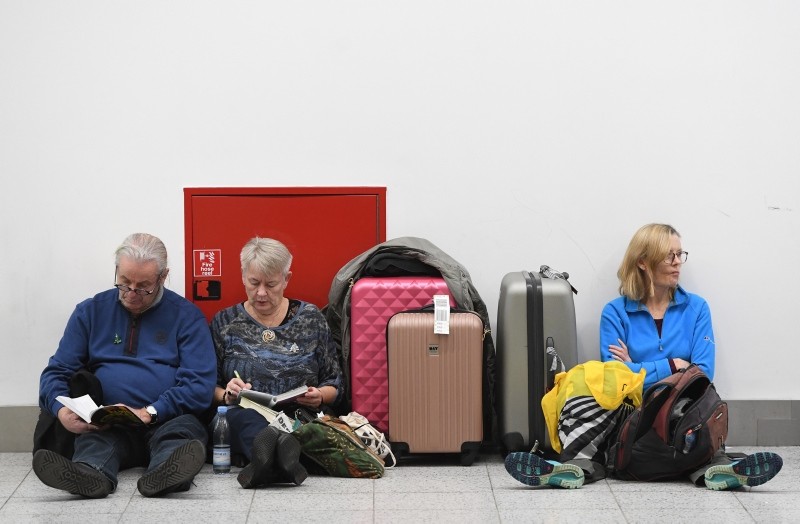 Flights resumed Friday at London Gatwick despite a confirmed drone sighting briefly bringing the runway to a standstill, the airport said. .

"The military measures we have in place at the airport have provided us with the reassurance necessary that it is safe to reopen our airfield," Gatwick Airport said in a statement.

The shutdown came shortly after reports that a new drone had been spotted around 5:10 p.m. at Britain's second-busiest airport, which operates 30 miles (45 kilometers) south of London.

Incoming planes circled over Gatwick because they could not land and outgoing planes were kept on the tarmac while the drone report was investigated. It was not known how long the airport shutdown would last.

The alleged new drone sighting came after British police and transport officials had said that extra measures had been put in place to prevent drones from intruding on the airport.

Gatwick had only just reopened about 11 hours earlier after having been shut down all day Thursday and part of Wednesday night when authorities said drones repeatedly violated the airport perimeter, threatening the safely of incoming and outgoing planes.

The Thursday shutdown at Gatwick threw tens of thousands of passengers into massive travel chaos, since about 110,000 people had been scheduled to pass through the airport that day, one of the busiest travel days of the year. Gatwick serves more than 43 million passengers a year.

The hundreds of travelers stuck overnight at Gatwick by Thursday's closure described freezing conditions as they slept on benches or the airport floor. Many complained they weren't being kept informed about re-routed flights.

The motive for the drone invasion wasn't clear but British police said there were no indications it was "terror related."