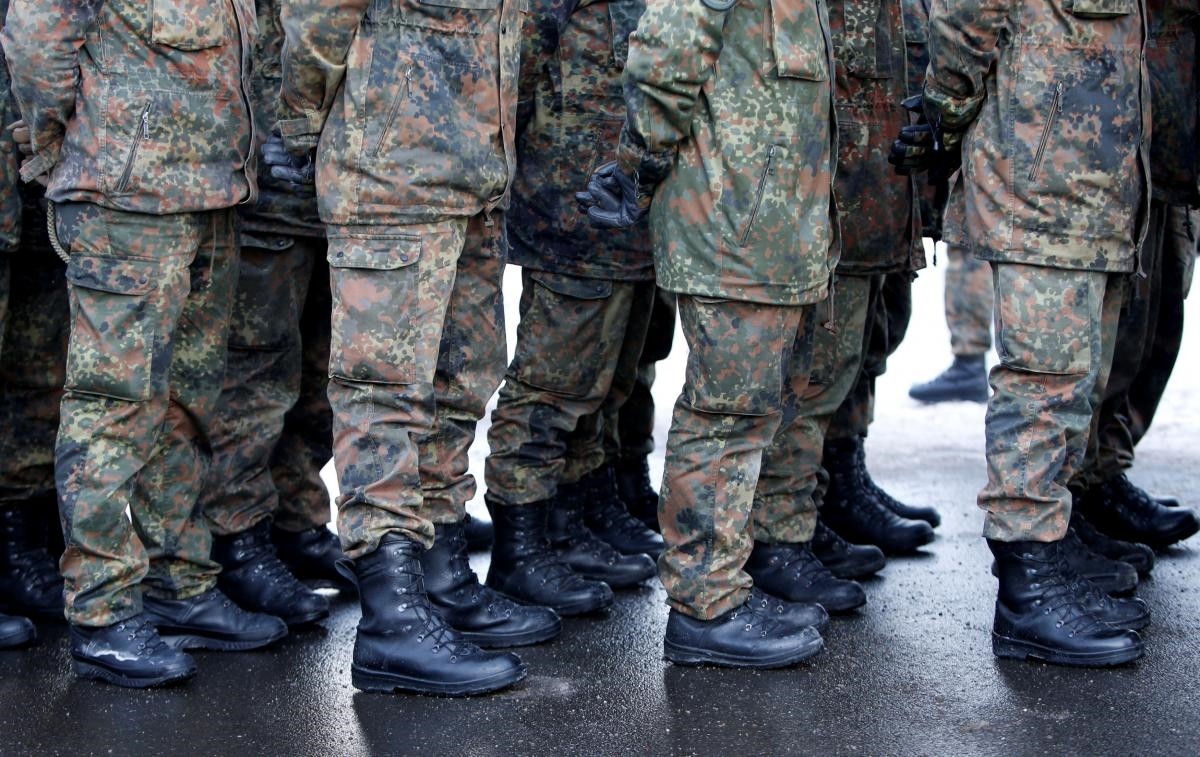 Soldiers of the German armed forces Bundeswehr take part in farewell ceremony for Panzergrenadierbataillon 122, deployment in Lithuania, in Oberviechtach, Germany January 19, 2017. (Reuters Photo)
by Compiled from Wire Services Dec 27, 2018 12:00 am

Germany's top soldier says authorities are contemplating allowing the country's military to recruit citizens of other European Union countries in some areas, including as doctors and information technology specialists.

The military's chief of staff, Gen. Eberhard Zorn, was quoted Thursday as telling the Funke newspaper group that "we must look in every direction at a time when there is a shortage of specialists."

He added: "One option we are examining is the question of whether we allow applications by fellow EU citizens for very specific fields of work — we are talking here about doctors or IT specialists, for example."

The proposal — controversial because to critics it evokes a "mercenary army" rather than a force of loyal citizen-soldiers — is "one option" being looked at, Zorn said.

According to the Germany's Military Act (Soldatengesetz), to enlist in the German armed forces, they would have to be German speakers, present a police certificate of good conduct and swear allegiance to the German state.

The possible new recruitment drive would target the estimated 530,000 citizens from other EU countries aged 18 to 30 who already live in Germany.

Germany has already sounded out the idea within the bloc but received a mixed response, with especially eastern European members fearing Germany will poach their own military specialists with higher pay.

"Of course we have to be careful that we aren't viewed as competitors by our European partners," said Zorn.

One option would be to only recruit from EU states that themselves look for new recruits abroad, and only on the basis of bilateral agreements, said the report.

Germany's parliamentary defense commissioner, Hans-Peter Bartels, said that recruiting citizens with migrant backgrounds or dual nationality was already "kind of normal," applying to some 13 percent of men and women in uniform.

The possible new recruitment drive would target the estimated 530,000 citizens from other EU countries aged 18 to 30 who already live in Germany.