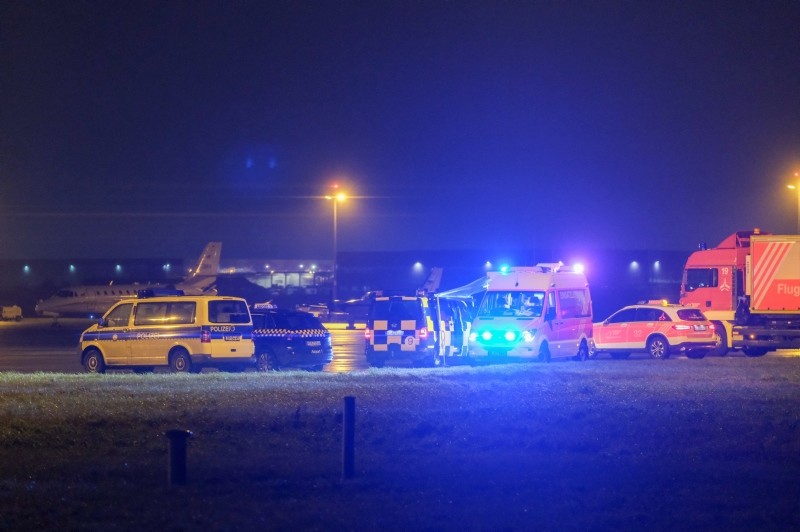 Air traffic resumed at northern Germany's Hannover Airport on Saturday after a man ploughed a vehicle through a gate and drove onto the loading and parking area for aircraft.

The man in his mid-20s, driving a silver BMW with Polish license plates, broke through a gate in the southern area of the key transportation hub and then tried to follow a landing aircraft, a police spokesman said.

The vehicle was stopped by police cruisers, and the driver was then taken into custody. A drug test later indicated that he was under the influence of cocaine and amphetamines.

The man's motive remained unclear. Police said there was no indication that the incident was terrorism-related.

No one was injured in the incident.

A search of the man's car was completed, with police reporting that no dangerous objects were found inside.

Flights resumed at around 8 p.m. (1900 GMT), some four hours after the security breach paralyzed the airport. Airplanes due to land in Hannover had to be diverted.

Further details were not given on the driver, such as his nationality since he was not carrying ID at the time, police said.

Police are now investigating how the man was able to access the tarmac. Initial investigations indicate that once on the airfield, he had attempted to follow a plane from Greece's Aegean Airlines as it came into land.

At least 13 departures and 21 landings were affected by the disruption.

The Hannover-Langenhagen Airport, to give it its full name, is an important hub for domestic and international transit. Some 5.87 million passengers traveled via the airport last year, up from 5.4 million the previous year.