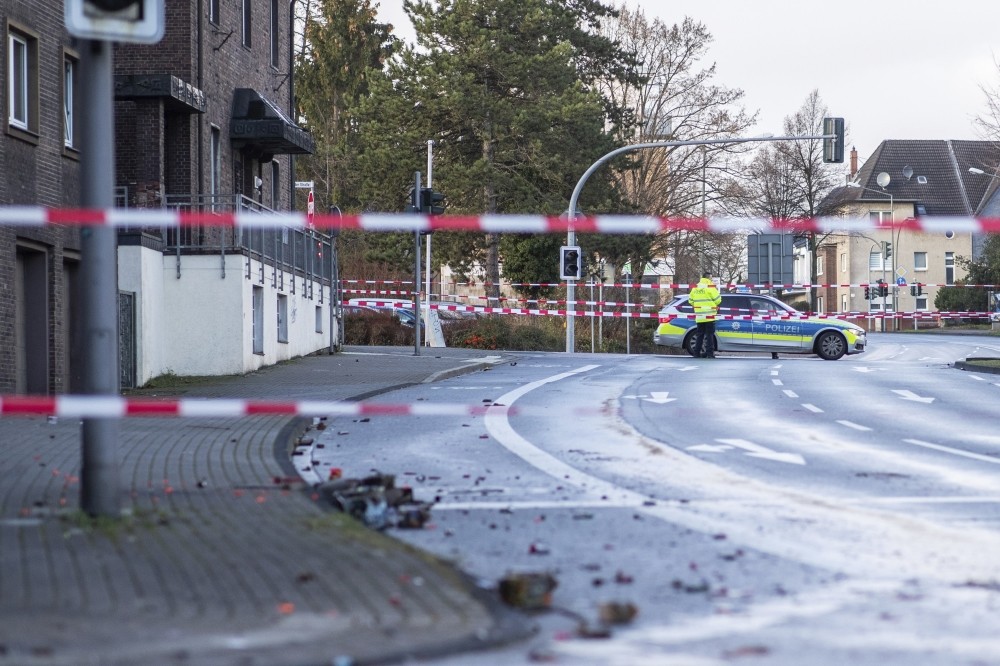 In the latest in a string of racially motivated attacks, a man ploughed his car into pedestrians in western Germany, targeting foreigners and injuring eight with immigrant backgrounds

In another example of growing xenophobia in Germany, a 50-year-old man clearly intended to kill foreigners when he drove a car into pedestrians in two neighboring German cities overnight to New Year's Day. Eight people, including two children, were wounded in an assault that police described as a "targeted attack motivated by the driver's hostility to foreigners."

The German man is accused of driving into pedestrians in Bottrop and Essen, two cities in the west of Germany. Police said the man, who was not named, made racist comments when he was stopped and arrested in the nearby city of Essen after fleeing the scene of the attack. "A German man deliberately drove into crowds of people... that were largely made up of foreigners. There was a clear intention by this man to kill foreigners," Herbert Reul, interior minister of the state of North Rhine-Westphalia, where Bottrop is located, told reporters on Tuesday, according to Reuters.

The car hit several people in Bottrop, injuring a four-year-old Afghan boy and his mother, 29, as well as a 10-year-old Syrian girl, said police in a statement. A Syrian woman, 46, who was also severely hurt in the incident, was declared out of danger after undergoing surgery.

Earlier, police and prosecutors said they suspected the attack, which took place at a crowded plaza, was deliberate and "linked to the xenophobic views of the driver." They said there was also preliminary information that the man was mentally ill and he had no prior police record.

Considering the latest racially motivated string of attacks, the country has been showing increasingly hostile attitudes towards immigrants, the Muslim community and other minorities such as the Roma, according to a new study published last November. According to a report by the Leipzig-based Competence Center for Right-Wing Extremism and Democracy Research, more than one-out-of-three Germans think foreigners come only to exploit the welfare state.

In August, massive far-right rallies rocked the city of Chemnitz, in eastern Germany where skinheads hounded migrants and performed the illegal Hitler salute. After the violence in Chemnitz, German police detained six men suspected of forming a far-right militant organization that assaulted foreigners in the eastern city of Chemnitz and also planned attacks on politicians. The men are alleged to have formed a group calling itself "Revolution Chemnitz." The arrests once again cast an uncomfortable spotlight on growing far-right terrorism in Chemnitz, which is a stronghold of the far-right Alternative for Germany (AfD).

German authorities are increasingly concerned over growing right-wing terrorism in the country. Lately, far-right groups have drawn up several "enemy lists" containing names and addresses of more than 25,000 people, a parliamentary inquiry revealed in July. The Interior Ministry said the lists were found in various police investigations and operations against far-right groups in the last seven years. Since 2016, Germany has conducted an increasing number of nationwide raids targeting right-wing groups, including houses, apartments and other properties believed to be owned by members of such groups, targeting the so-called "Reich citizens' movement," known as the Reichsbürgers.