Number of migrants crossing into EU border at 5-year-low 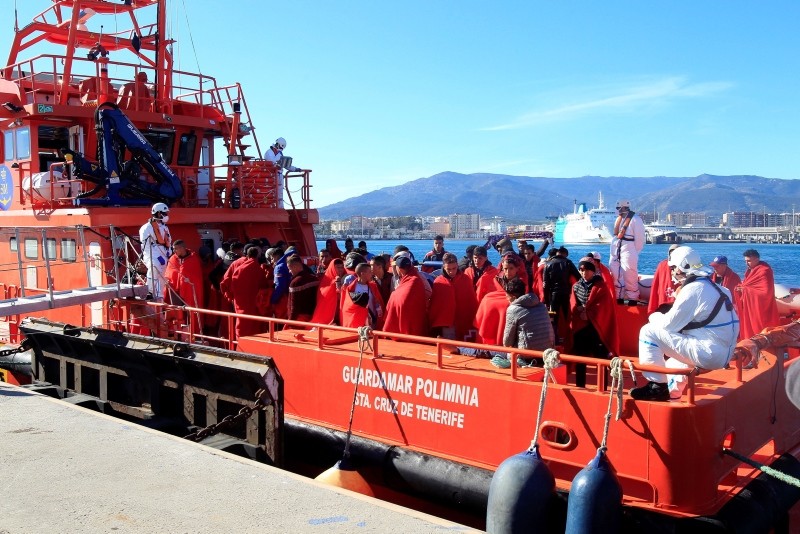 Migrants arrive on board a Maritime Rescue Services vessel as they arrive to the port in Algeciras, southern Spain. (EPA File Photo)
by Associated Press
Jan 04, 2019 12:00 am

The European Union's border agency says the number of unauthorized border crossings into Europe has hit a five-year low, but that migrant entries into Spain via the Mediterranean continue to climb.

Frontex said Friday that migrants tried to cross the EU's external borders without authorization around 150,000 times last year, a 25-percent drop compared to 2017.

It says the drop is due to a massive decrease in the number of people entering Italy, mostly after setting out from Libya and Algeria. Just over 23,000 unauthorized crossings were noted on that route in 2018.

Frontex says about 57,000 crossings were detected in Spain, double the figure for 2017.

EU nations have been bickering over how to manage migrant arrivals since well over 1 million people entered in 2015.