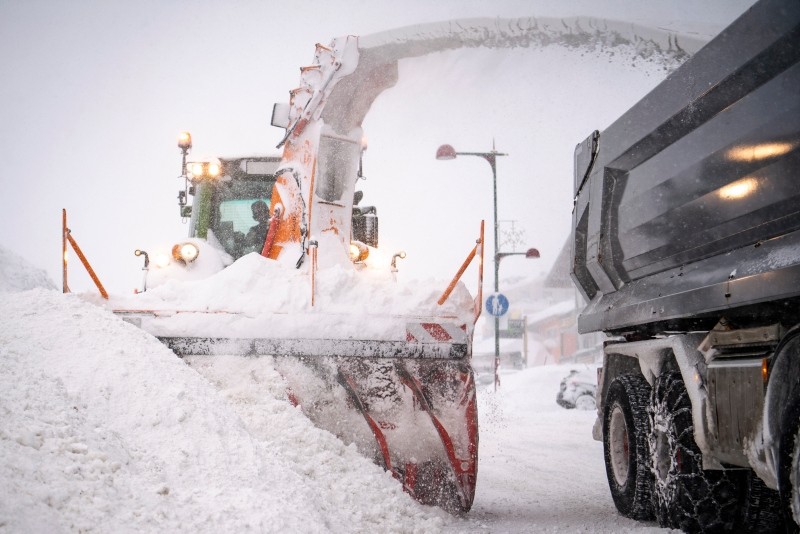 At least 120 flights were canceled for Saturday at the region's largest airport in Munich, a spokeswoman said, adding that the number could still increase.

There are also massive delays at the airport, with at least 70 flights taking off an hour or more behind schedule. The regular plan for Saturday included 850 departures.

German police said one person died and two people were seriously injured when their car skidded into oncoming traffic on icy roads near the town of Bad Toelz.

The airport in the Austrian city of Innsbruck also reported a "massive reduction in air traffic."

The German Weather Service issued a storm warning for the Alps and surrounding regions in Germany on Saturday, saying tree branches could break under the weight of fresh snow.

Additionally, many roads in Austria were blocked off due to the threat of avalanches.

In most parts of Austria, a level-4 avalanche risk was in effect, with a 5 being the highest possible risk category.

Austria's agency for meteorology and geodynamics said it does not expect the snow to let up until overnight to Monday.

The bad weather hit during a key weekend as many holidaymakers were returning from the Austrian Alps.

The travel chaos was evident across southern Germany, with dozens of traffic accidents registered in the states of Bavaria and Baden-Wuerttemberg.

But for some residents, the weather was not that troublesome.

"It's winter. It's snowing. Nothing more dramatic than that has happened," said one spokesperson at a command center in Munich.