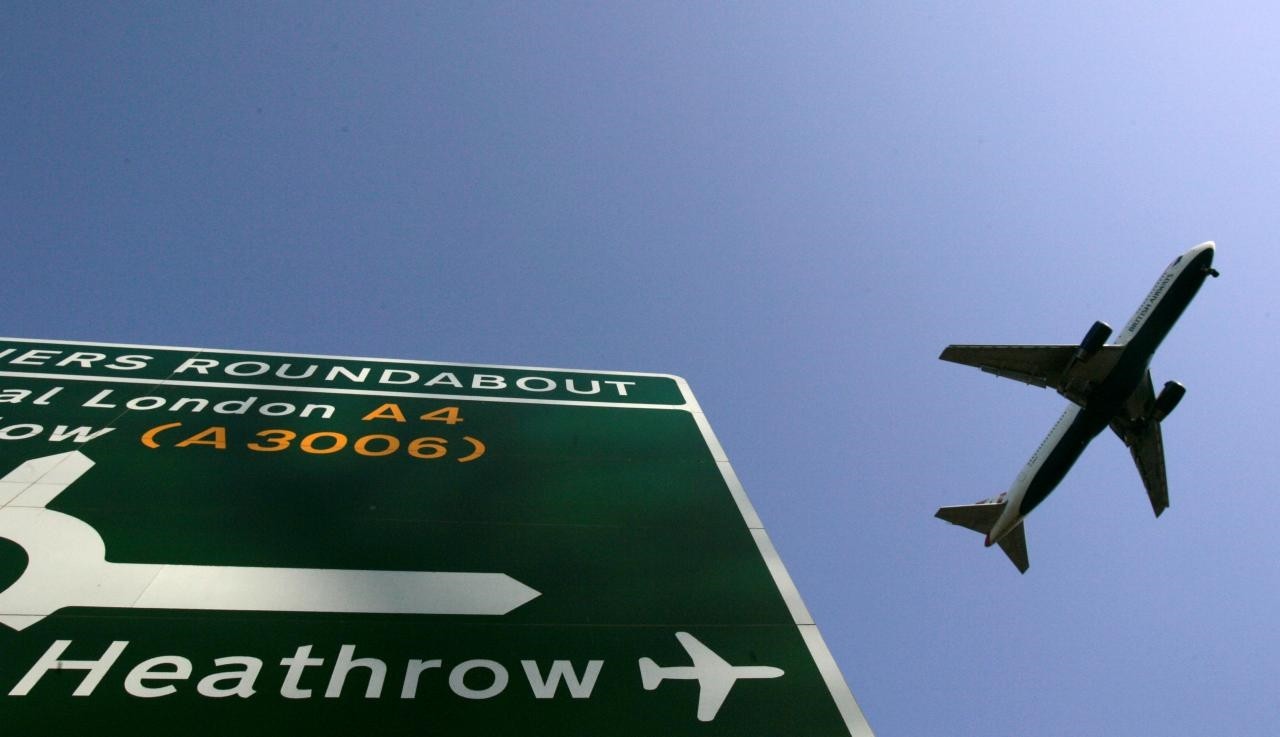 The suspension of takeoffs from Heathrow, one of the world's busiest airports, was announced shortly before 6 p.m. on Tuesday, a move the airport said was made as a safety precaution.

London's Metropolitan Police said it received a report about a drone "in the vicinity of Heathrow airport" at about 5:05 p.m. Police and airport officials were investigating the reported sighting, which was not confirmed.

The airport said that "based on standard operating procedures, working with Air Traffic Control and the Met Police, we have resumed departures out of Heathrow following a short suspension."

The temporary departure shutdown at Heathrow follows the pre-Christmas shutdown of London's Gatwick Airport for parts of three consecutive days due to dozens of reported drone sightings. The Gatwick closure stranded or delayed more than 100,000 travelers — the worst-ever drone-related disruption at an international airport.

The person or persons responsible for the Gatwick drones have not been located and no group has claimed responsibility.

British officials used sophisticated military gear to get Gatwick back in operation, and aviation authorities said that equipment could be deployed at other British airports to deter drone intrusions.

A statement by British Transport Secretary Chris Grayling indicated that anti-drone equipment had not yet been put in place at Heathrow.

"I have already spoken to both the Home Secretary and Defense Secretary and the military are preparing to deploy the equipment used at Gatwick at Heathrow quickly, should it prove necessary," he said.

Heathrow Airport is a crossroads for the world, serving 78 million passengers in 2017. It hosts 81 airlines that fly to 204 destinations in 85 countries, and its most popular destination is New York.