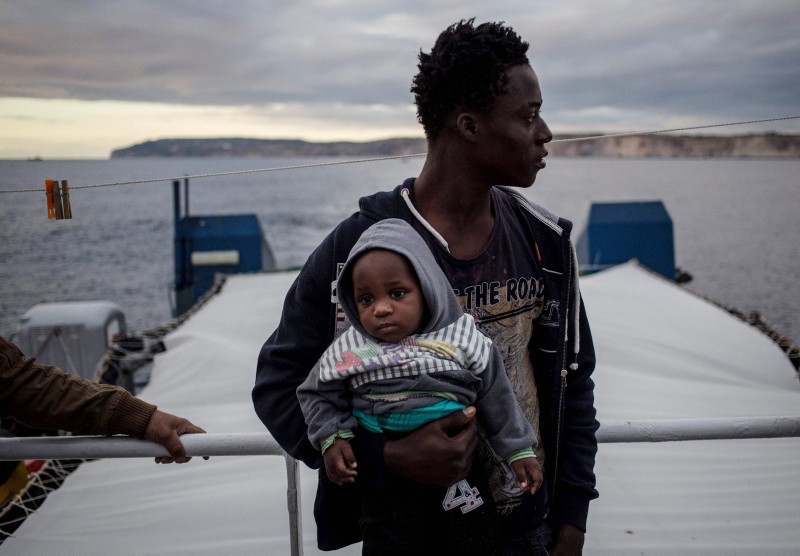 Malta will allow two ships that have been stranded at sea for weeks with 49 migrants on board to dock, Prime Minister Joseph Muscat said Wednesday, adding that they will then be redistributed among eight European Union countries. However, the absence of a long-term European solution for similar issues in the future would lead to ongoing migrant tragedies in the Mediterranean Sea.

The deal, announced by Maltese Prime Minister Joseph Muscat, breaks a stalemate that began after 32 migrants were rescued by a German aid group's vessel on Dec. 22. The other 17 were rescued on Dec. 29 by a different aid boat. The deal sees the migrants transferred onto Maltese military vessels to bring them ashore, while the private boats won't be allowed to dock. The eight countries where the migrants will go are Germany, France, Portugal, Ireland, Romania, Luxembourg, the Netherlands and Italy. But both Italy and Malta have repeatedly refused port access to the rescue vessels, and they have stuck to that position despite the Pope's intervention.

Malta on Tuesday appeared to raise the stakes still further. A senior Malta government source said the island did not want a "short-term" solution for those stranded at sea but "a more comprehensive and holistic solution." Resources on the island of 450,000 are being "stretched" by the migrants already in detention centers, the source said, requesting anonymity. "Malta is looking at a solution that would see all rescued migrants redistributed among a number of countries that are willing to share the burden," the source said.

Malta, the smallest European Union member state, is asking partners to take in some of the migrants, including another 249 people who were picked up by Maltese navy boats in the final week of 2018. "The only sustainable outcome is a Europe-wide solution," Kim Heaton-Heather, the Sea-Watch 3 head of mission, told Reuters aboard the nongovernmental organization's (NGO) ship. "Everyone is trying to get rid of their responsibility."

Italy's government has split on the issue, with the hard-line anti-immigrant Interior Minister Matteo Salvini refusing to host a single migrant while Prime Minister Giuseppe Conte offered to take in a small portion as long as Malta lets the ships dock. Since Salvini shut Italy's ports to migrant-rescue ships last June, the EU's executive commission has often had to conduct lengthy negotiations with member states to share out new arrivals before the rescue ships are allowed to dock. Two dozen humanitarian groups, including Save the Children, asked on Tuesday for an urgent meeting with the Italian prime minister to try to end the standoff at sea.

Sea-Watch and Sea-Eye representatives told reporters in Berlin that drinking water was being rationed on their ships and some migrants were having trouble eating due to illnesses. "Do people need to die before a solution is found?" Sea-Watch member Erik Marquardt asked. Seven French aid groups including Doctors without Borders and Medecins du Monde released a joint appeal to the French government there Tuesday. "We are asking France to immediately get these survivors to shelter in a safe port," they said.