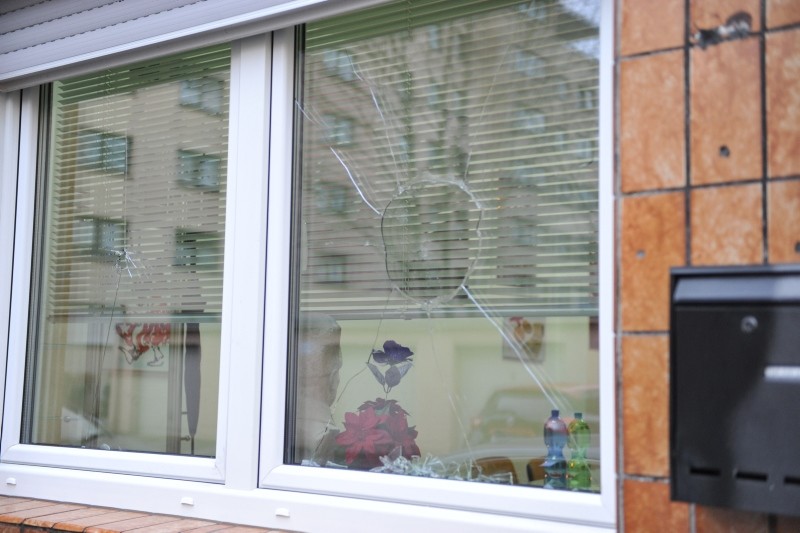 Supporters of the PKK terrorist group and its Syrian affiliate YPG attacked the Cologne office of a Turkish youth organization, TGB, in northwestern German early Thursday.

A video posted on social media shows two masked assailants smashing glass windows of the building and writing "Greetings from YPG" on its walls.

The terrorist group claimed responsibility for the attack in a statement on the Internet and threatened to carry out more violence in Germany.

Selahattin Güngör, who is heading the Youth Union of Turkey's (TGB) Cologne branch, condemned the attack and called on German police to take measures to prevent more attacks.

PKK sympathizers have recently called for protests in Germany against Turkey's counterterrorism operations in northern Syria, and organized demonstrations asking for the release of the terrorist group's jailed so-called founder Abdullah Öcalan.

The terrorist group has been banned in Germany since 1993, but it remains active, with nearly 14,000 followers among the Kurdish immigrant population in the country.

Ankara has long criticized German authorities for not taking serious measures against the PKK and its Syrian affiliates -- PYD and YPG -- which continue to use Germany as a platform for their fund-raising, recruitment and propaganda activities.

The PKK, which is listed as a terrorist organization by Turkey, the U.S., and the EU, waged a terror campaign against Turkey for more than 30 years, and has been responsible for the deaths of nearly 40,000 people, including women and children.