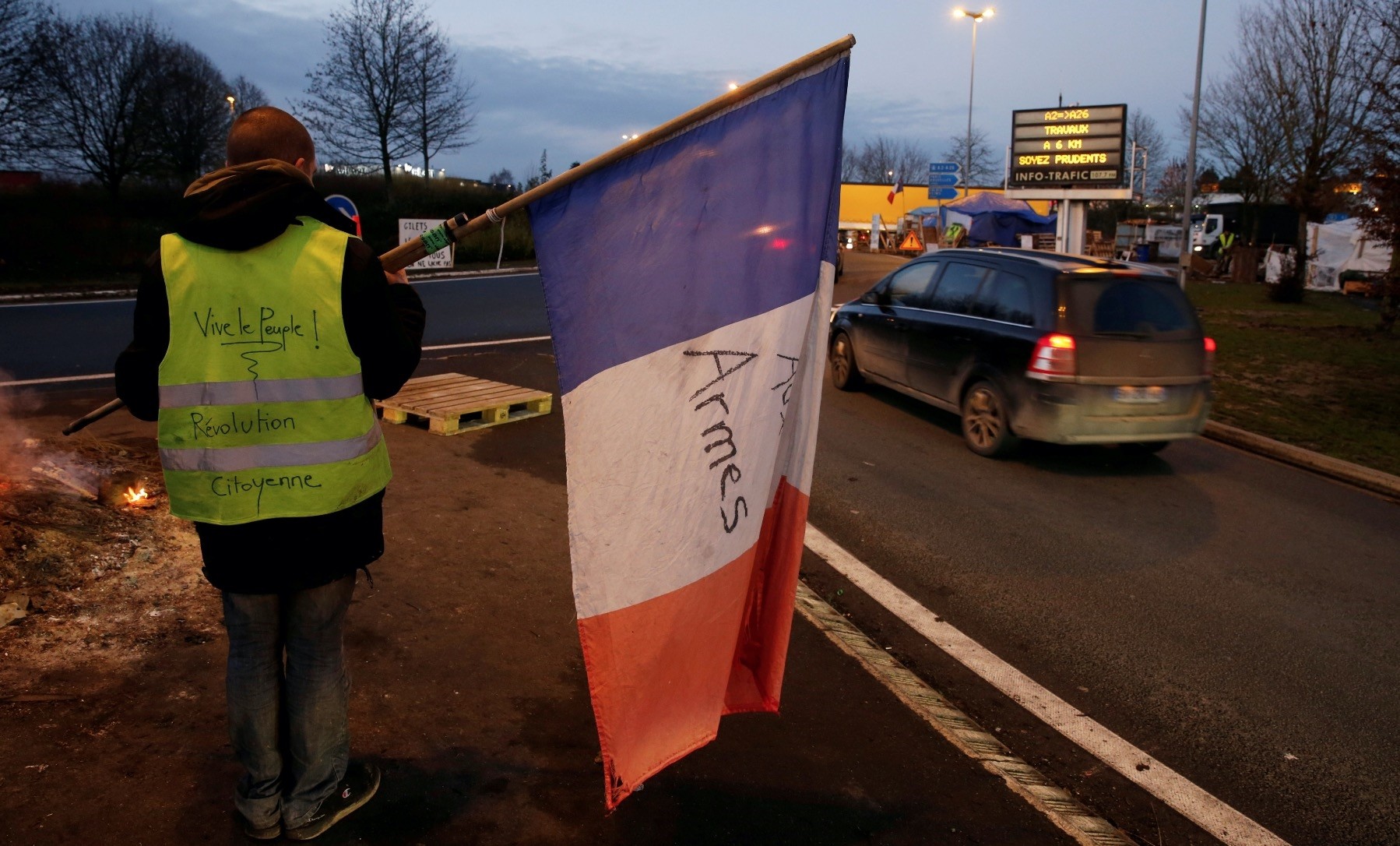 Taking support from prominent Italian figures for the 'yellow vest' protesters into account, the French government has drawn attention to the possible role of 'foreign powers'

As France's "yellow vest" movement digs in for more protests, French government has decried foreign powers that give support for vandalism across the country.

Marlene Schiappa, minister for equality, criticized the donation of funds for Christophe Dettinger, a former light heavyweight champion caught on camera beating two riot officers, and said it could mean supporting violence. Known as "The Gypsy From Massy" during his days in the ring, Dettinger has become a symbol of the deep divisions wrought by the yellow vest movement, with some protesters hailing him as a hero and critics of the rebellion labeling his actions outrageous.

"I did not ask for the names of individuals who have made donations. I just ask by whom the vandals were financed. [Taking Italian officials' remarks into account] It sounds to me meaningful to ask whether foreign powers are supporting [the protests]," the French minister said, speaking to Radio France Internationale.

The protesters drew support from an unlikely source this week when the two leading figures of the populist government in Rome urged the yellow vests to continue, in comments which risk ramping up Italy's war of words with Macron. "Yellow vests, do not weaken!" Deputy Prime Minister Luigi Di Maio, who heads the anti-establishment Five Star Movement (M5S), wrote on his party's blog. The move underscored the increasingly sour relations between Rome and Paris, which have previously clashed over immigration policy, among other issues.

Earlier this week, French President Emmanuel Macron has warned that some extreme Yellow Vest protesters are supported from abroad, government spokesman Benjamin Griveaux said. Macron told ministers that the protest movement, which launched in November against planned fuel-tax rises but has since raised broader and less clear demands, involved many "sincere people... worried about getting to the next paycheck," Griveaux said.

But, Griveaux added, the protests also involved "subversives, violent and brutal people, sometimes from the extreme right, sometimes from the extreme left, some of whom are even getting support from abroad." Griveaux pointed to what he argued was sympathetic coverage of the protests, which have led to weekly clashes with the police in Paris and other cities, by Russia's state-run broadcaster RT.

The yellow vest movement originally started against fuel tax hikes but has snowballed into a wider revolt against a president and government accused of being out-of-touch with ordinary people. Scores of cars have been burned and shops vandalized, and nearly 60 percent of the 3,200 speed radars along French highways have been destroyed or damaged since the movement began, Interior Minister Christophe Castaner said Thursday.

The images of renewed violence and destruction in Paris last Saturday underscored the difficulty of containing a leaderless movement that appeared to be petering out at the end of 2018 but has since gained new momentum. Many of the yellow vest demonstrators are demanding that centrist President Emmanuel Macron resign, a demand dismissed as undemocratic by the government. Macron made multiple concessions that failed to extinguish the anger of the yellow vest movement, which is named after the fluorescent protective garments the protesters wear. He abandoned the tax hike and announced last month a series of measures to boost purchasing power. The package, estimated at 10 billion euros ($11.46 billion), includes a 100-euro monthly increase to the minimum salary.