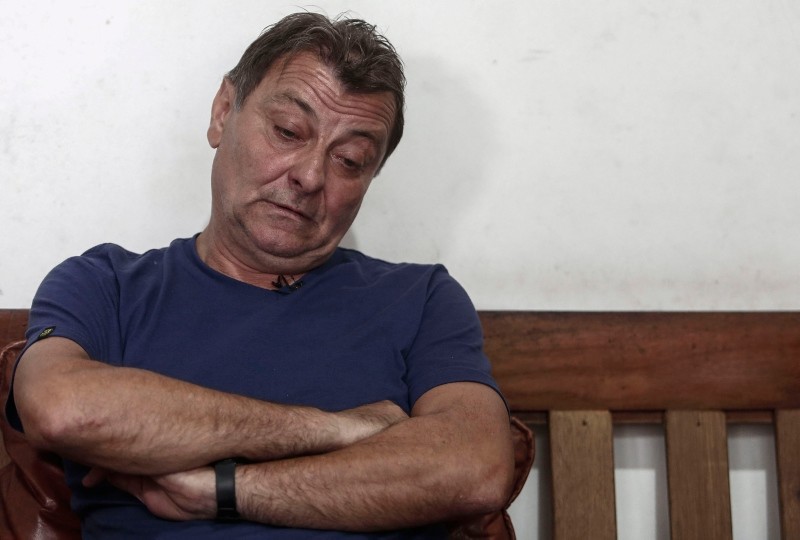 Former communist militant Cesare Battisti was handed over to Italian authorities by Bolivian officials in Santa Cruz on Sunday and put on a plane headed for Rome.

"The plane carrying Cesare Battisti has just taken off headed for Italy. I am proud and moved!" Italian Interior Minister Matteo Salvini tweeted.

Battisti, long sought by Italy, faces life in prison in his home country, where he was convicted of four murders committed in the 1970s.

He escaped from prison in 1981 and lived in France before fleeing to Brazil to avoid being extradited.

He spent years in Brazil as a refugee, backed by former left-wing President Luiz Inacio Lula da Silva. However, Bolsonaro, who took office on Jan. 1, pledged to send him back to Italy and a Brazilian Supreme Court judge ordered his arrest in December.

In a statement Sunday, Conte praised Bolivian and Brazilian authorities for the overnight capture of the fugitive after Battisti has been on the run for nearly four decades. He said Battisti will begin serving his life prison sentences as soon as he returns to Italian soil.

Italian deputy Prime Minister Matteo Salvini thanked the police and all those involved in the capture of Battisti.

"I thank with all my heart the president Jair Bolsonaro and the new Brazilian government for the changed political climate," he said.

The Italian ambassador in Brazil Antonio Bernardini tweeted "Battisti has been captured! Democracy is stronger than terrorism".

Conte said a government aircraft was heading to Bolivia and would bring captured militant back home.