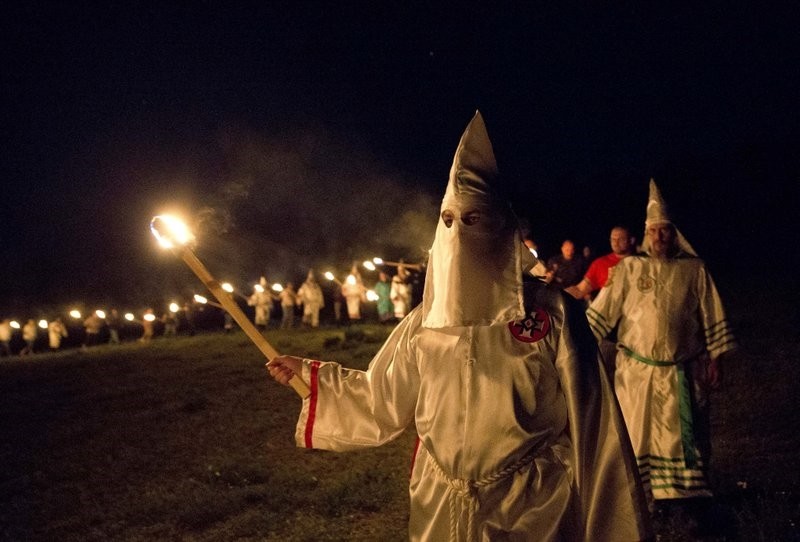 Authorities have conducted raids in several parts of Germany on suspected members of a far-right group calling itself the National Socialist Knights of the Ku Klux Klan Deutschland.

Prosecutors and regional police in the southwestern state of Baden-Wuerttemberg said more than 100 weapons, including air guns, swords, machetes and knives, were seized in Wednesday's raids on 12 properties. They also found membership lists.

Seventeen people were targeted but there was no word of any arrests.

Authorities say about 40 people are under investigation. The group's members are suspected of glorifying Nazism and, in some cases, of harboring "violent fantasies."

Investigators picked up on the accused by checking through a chat history on a mobile phone that had been seized as part of preliminary investigations into the use of the insignia of illegal organizations.

Investigators say they have found no evidence of links to other Ku Klux Klan groups. They say the group recruited members partly online and was financed by monthly fees.

"The members were united in their right-wing orientation, which included expressing a glorification of National Socialism," investigators said.