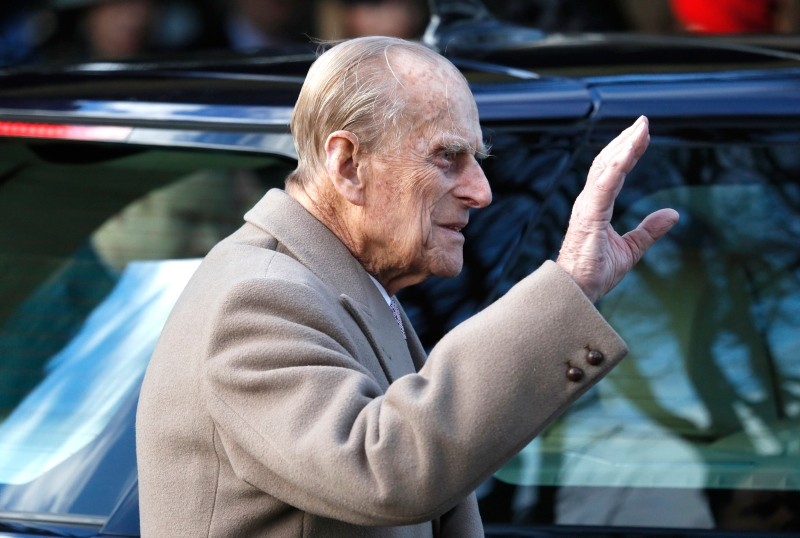 In this Sunday, Dec. 25, 2016 file photo, Britain's Prince Philip waves to the public as he leaves after attending a Christmas day church service in Sandringham, England. (AP Photo)
by Associated Press Jan 26, 2019 3:38 pm

Queen Elizabeth II's husband, Prince Philip, was involved in a car crash Thursday while driving in rural England but was not injured.

Buckingham Palace said Philip, 97, was checked by a doctor after the accident and determined to be fine.

Witnesses told the BBC Philip appeared "very shocked" and shaken after the collision, which caused the Land Rover he was driving to overturn.

Norfolk Police said the drivers of both cars, a Land Rover and a Kia, were given alcohol breath tests under routine procedures following a collision. The force said both drivers tested negative.

The two women from the Kia were treated at nearby Queen Elizabeth Hospital and discharged, the statement said.

Witnesses described seeing broken glass and debris at the scene. Police did not say how the accident happened. There was no indication anyone was arrested for a driving offense.

Philip had a passenger in his car, but the palace did not identify the person. It is likely the prince was traveling with a protection officer, a standard security procedure for Britain's senior royals.

Philip has largely retired from public life. He has seemed to be in generally good health in recent months.

He and Elizabeth, 92, have been on an extended Christmas holiday at Sandringham, one of her favored rural homes.