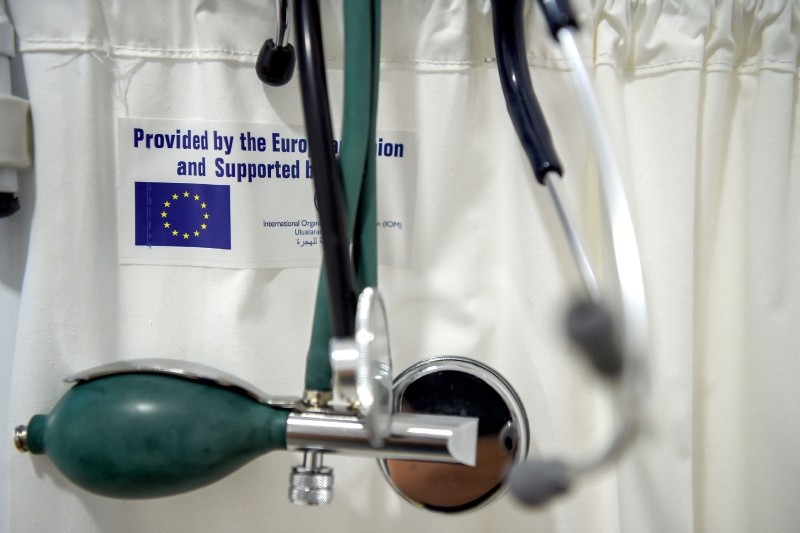 "To improve their (migrants') health, it is important to fill the gap for access to basic care," Santino Severoni, the head of the WHO's Migration and Health Program, told AFP.

In the WHO's Europe region, which covers 53 countries, migrants represent almost 10 percent of the population, or 90.7 million of 920 million inhabitants.

But the proportion varies widely from country to country — migrants account for 45 percent of Malta's population compared to just two percent in Albania, for example.

Depending on the country and migrants' status, they may enjoy full access to the health care system or none at all.

In 15 European countries, including Austria, Turkey, and Britain, asylum seekers have access to the same care as the local population, whereas in Germany and Hungary they are only entitled to emergency care.

"People, and some governments, have been reacting emotionally when it comes to newcomers because of the lack of information and data," Severoni said.

Contrary to what some may believe, "there is a very low risk... of transmitting communicable disease from the refugee and migrant population to the host population," he said.

The bigger health risk is for migrants themselves, with a large share of HIV-positive migrants contracting the disease only after arriving in Europe, said Severoni.

New arrivals are also more likely to develop chronic illnesses as a result of their new lifestyle — less physical activity and too much fast food — and the poverty conditions some encounter.

Cancer tends to be diagnosed at a later stage among migrants, which can make treatment more difficult, the report said, while migrant children are at greater risk of being overweight and having psychological problems than peers in their host country.

Refugees and migrants are more likely to suffer from depression and anxiety, added the WHO.

This was due to a combination of risk factors, including the prevalence of post-traumatic stress disorder (PTSD) among refugees who endured treacherous journeys, as well as lengthy asylum application processes and difficult socio-economic conditions, such as unemployment, poverty and isolation.

Studies estimate that 40 percent of refugees in the WHO's European region who suffer from PTSD also suffer from depression, the report said.

The stigma of mental illness in these groups tends to influence their decision to seek help, which may lead to higher levels of hospitalization.