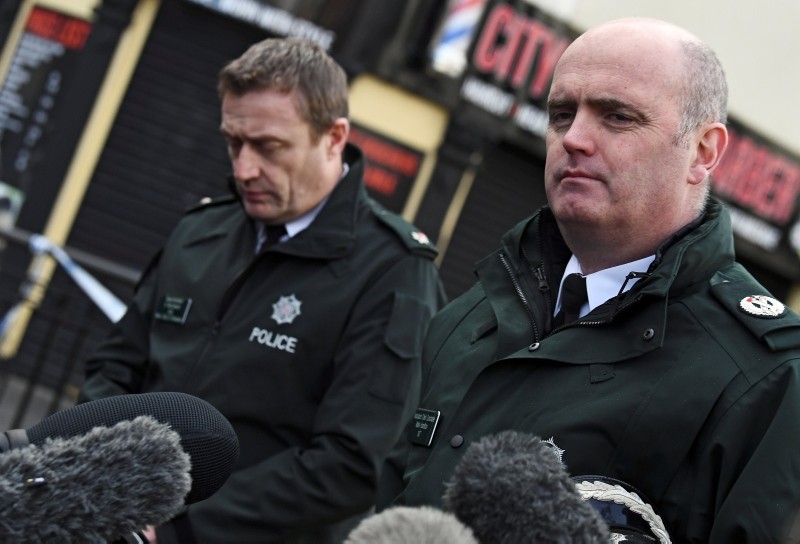 Northern Ireland police told locals on Monday that they had closed a road in a residential area of Londonderry due to the presence of a suspect device, according to a Reuters witness at the scene.

Police are at the scene of a security alert in Londonderry following a report that a van was hijacked by three masked men who threw an object in the back before abandoning it, a police statement said earlier on Monday.

"This is the last thing the people of the city need, or want, but I want to reassure people we are doing all we can to minimize disruption," Superintendent Gordon McCalmont said on Facebook.

Local media reported on Monday afternoon that a Royal Mail van had been stolen and abandoned, posting photographs online that suggested a second security alert was underway.

The alerts came two days after a car bomb detonated outside a courthouse in Londonderry. Police said the vehicle used in Saturday's blast appeared to have been hijacked from a delivery driver shortly before the explosion. No one was injured in the attack.

Northern Ireland's police force said Monday that detectives had detained a fifth suspect in their investigation of the car bombing.

The 50-year-old man was detained on terrorism charges and also accused of involvement in an armed robbery last week, the police said.

Hamilton said a dissident republican group known as the New IRA (Irish Republican Army) was suspected of being behind the attack.

The group was "small, largely unrepresentative, and determined to drag people back to somewhere they don't want to be," Hamilton said, referring to decades of sectarian violence.

Michael Doherty, a well-known community mediator in the city, said the "breakaway" IRA group embodied "a continuation of the republican mindset of getting Britain out of Ireland."

"No doubt Brexit will be seen as an excuse for republicans using force to get Britain out of Ireland," Doherty told dpa by email.

"My view is people think this conflict is over," he said.