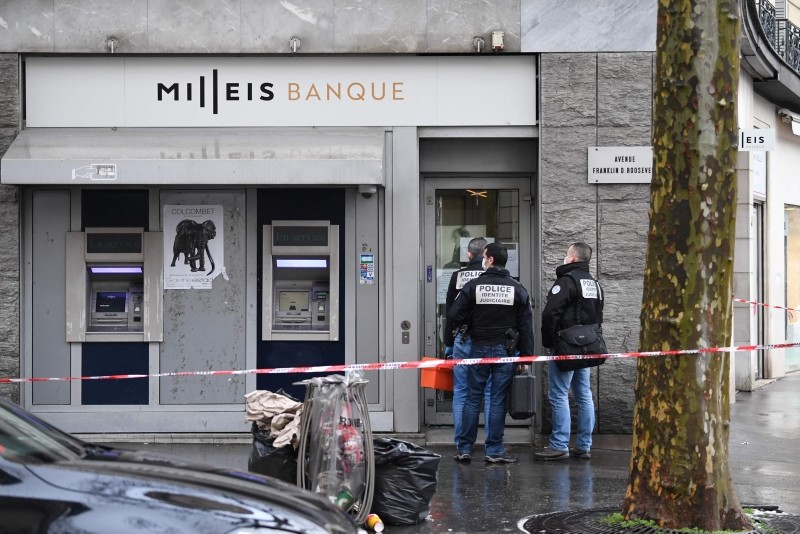 French police check the entrance to the Milleis Banque close to the Champs-Elysees Avenue in central Paris on January 22, 2019, following a robbery earlier in the day. (AFP Photo)
by Associated Press Jan 22, 2019 12:00 am
Paris police say several suspects are on the run after they robbed a bank on the Champs-Elysees in broad daylight.

According to French newspaper Le Parisien and broadcaster BFM TV, at least three armed men entered the branch of the Milleis bank on Tuesday morning.

The reports say the suspects tied up the employees and customers, and stayed several hours inside, during which they managed to open dozens of safe deposit boxes.

The prosecutor office did not provide details on how much the robbers made away with.

The bank, about 300 meters (900 feet) from the French presidential palace, is located in a neighborhood placed under high security measures.

The area was closed to the public with many police officers working on site Tuesday afternoon.