Germany and France to sign friendship pact ahead of Brexit 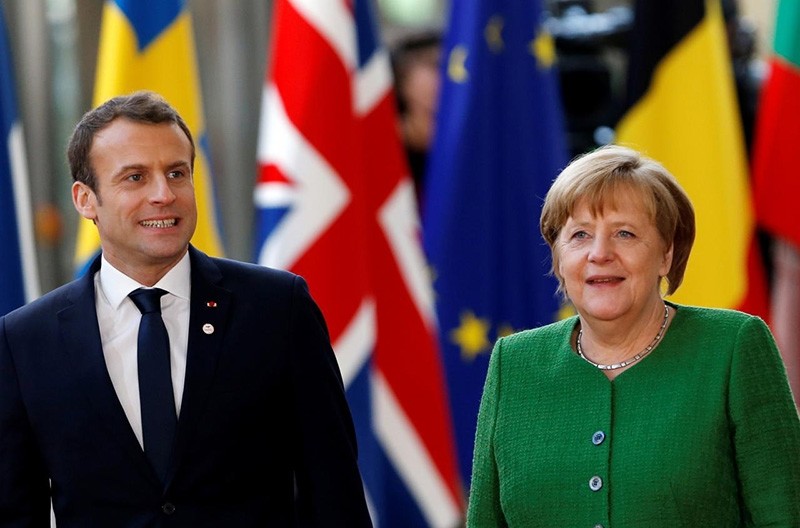 German Chancellor Angela Merkel and French President Emmanuel Macron are to sign a new friendship pact in the western German city of Aachen on Tuesday on the 56th anniversary of the Elysee Treaty signed in Paris.

The Treaty of Aachen commits the two neighbors to boost cooperation on European Union policies and to work toward a joint foreign and security policy. Economic integration is also to be enhanced.

The treaty will require approval from both countries' parliaments ahead of implementation.

"We once again need concrete and meaningful integration projects that make clear to people that Europe achieves things in a completely different dimension and quality than each country on its own," Schaeuble said.

In an editorial in the Passauer Neue Presse newspaper on Tuesday, Foreign Minister Heiko Maas called for closer cooperation between France and Germany in the face of growing populism, trade disputes and conflicts impacting Europe.

"We must not rest on our laurels," Maas wrote. "The strong Franco-German relationship needs to be put to work in the service of a strong, capable Europe."

On Jan. 22, 1963, French president Charles de Gaulle and German Chancellor Konrad Adenauer signed the Elysee Treaty that made provision for regular consultations between the former enemies at the top government level.

The two countries are now moving to cement their relationship with the EU at a crossroads.

Brexit looms. Merkel, chancellor since 2005, has stood down from the leadership of the CDU and will not contest the next elections. And Macron has faced weeks of "yellow vest" protests over rising living costs and taxes in France.