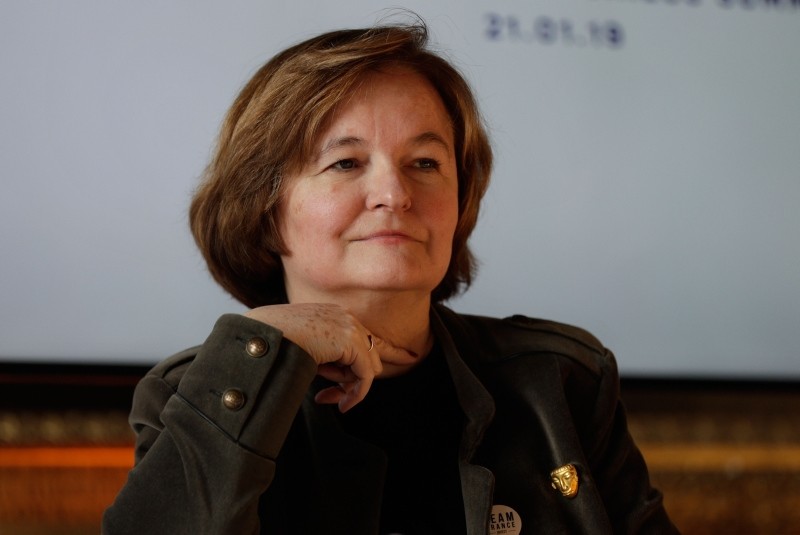 European Affairs Minister Nathalie Loiseau takes part in the second edition of the ,Choose France, summit, on January 21, 2019 in Versailles. (AFP Photo)
by Compiled from Wire Services Jan 23, 2019 12:00 am

Paris will not be drawn into a "stupidity contest" with the populist government of Italy, where officials have launched verbal attacks on the French president, European Affairs Minister Nathalie Loiseau said Wednesday.

"Our intention is not to have a stupidity contest," the French minister said, adding that the government would not wage a war of words or otherwise seek to retaliate against Rome.

Deputy Prime Minister Matteo Salvini, who also leads the far-right Lega party, accused the French leader of "talking a lot but not achieving much" in a Facebook live stream.

"He gives lessons in generosity but then rejects thousands of migrants at the Italian border," Salvini said.

The interior minister went on to say that he hopes "the French will get rid of a terrible president" once they go to the ballots on May 26 to vote for the European Parliament.

"The French people had a choice between [Marine] Le Pen and E Macron and made it," Loiseau responded on Twitter.

"Matteo Salvini is insulting the French. What are the Italians gaining from it? Nothing. Does it make any difference in French politics? No," the minister added.

The stoush came after the other Italian Deputy Prime Minister, Luigi Di Maio, accused Paris of leading colonial-style policies in Africa that are "impoverishing" Africans and driving them to Europe's shores, leading to France summoning Italy's ambassador.

Earlier on Tuesday, Italian Prime Minister Giuseppe Conte had tried to reassure that the migration rows did not threaten the "historic friendship" between the two neighbours.