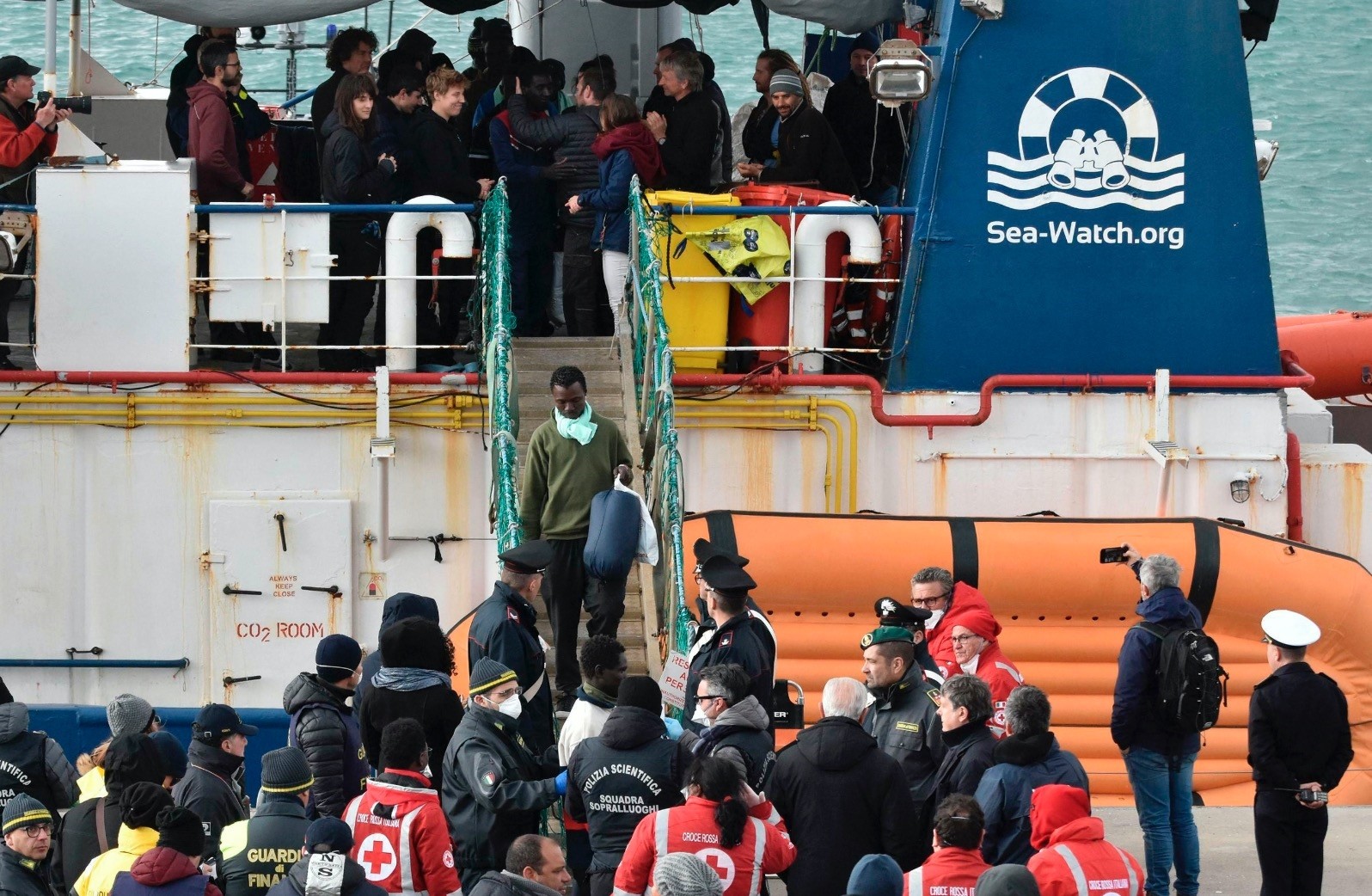 Europe's latest migrant standoff came to a conclusion yesterday as 47 migrants kept at sea for nearly two weeks while Italy pressured European countries to take them in, finally disembarked from their rescue ship in Sicily.

The Sea Watch 3 arrived yesterday in a Sicilian port town where the local prosecutor is known for putting non-governmental organizations (NGOs) in the dock. In November, Catania Prosecutor Carmelo Zuccaro accused Doctors Without Borders (MSF) of trafficking in dangerous waste material on the grounds that the migrants' clothing its rescue ship disposed of at port carried infectious diseases. The charges are unproven.

"We have to go to Catania now. That means we are moving away from a port of safety, towards a port where there is a prosecutor known for his agenda regarding sea rescue NGOs. If this is not a political move, we don't know what is," Sea-Watch tweeted. "We hope for the best and expect the worst," it added.

The Sea Watch 3 was taken ashore to be identified and processed. Wearing aqua colored scarves to stave off the cold, some of the migrants waved good-bye to the crew as they walked down to police and Red Cross workers waiting on shore. "We wish them all the best. We hope Europe will welcome them and let them live as they deserve," Sea Watch Italy tweeted.

The Dutch-flagged Sea Watch 3, which had been waiting off the coast of Sicily with people it pulled to safety in the Mediterranean on Jan. 19, was finally given permission to anchor in Catania after six other countries agreed to take them in.

Italy's Premier Giuseppe Conte announced a breakthrough in the standoff earlier this week, saying six European countries had agreed to take in the migrants so Italy didn't have to shoulder the burden alone. The countries he identified were Germany, France, Luxembourg, Malta, Portugal and Romania, as well as Italy. On Thursday, Lithuania said it would take five of the migrants, the Baltic News Service reported.

Italy's Interior Minister Matteo Salvini, who is also the head of a far-right party and a prominent member of the new Italian government, is leading a high-profile campaign to exclude humanitarian rescue ships from Italian ports.

People rescued at sea have frequently been left in limbo since Italy's anti-immigration government came to power in July, and on Wednesday Salvini said he was looking to ban all ships with rescued migrants from entering Italian waters.

He has warned he is considering legal action against Sea Watch's crew, accusing them of sailing straight for Italy rather than taking the migrants to closer ports in Libya or Tunisia. The German charity says it tried but failed to get a response from Tripoli or Tunis, and yesterday launched an appeal for financial aid, tweeting "Help us with our legal costs!"