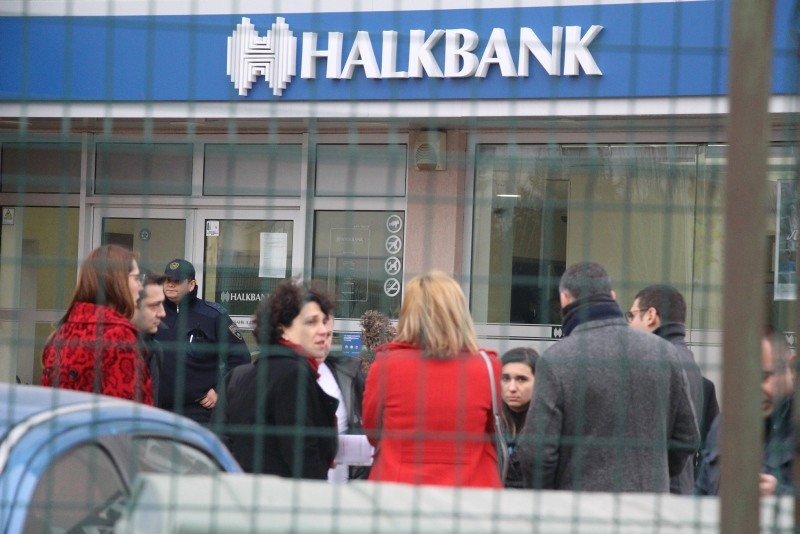 Bilal Sucubaşı, chief executive officer of Halkbank Skopje said that "four or five robbers, whose identities have not yet been identified battered bank employees with Kalashnikov guns" and damaged the building, adding that the robbers fled the scene in a minibus with bags of money.

"They damaged the branch office. We currently do not know how much money is gone. We do not know where they are. Security forces have arrived and they are conducting an investigation. They will explain to us after that," Sucubaşı said.

He stated that this was the third time the bank was robbed in the past year.

The Macedonian Interior Ministry also said in a written statement that unidentified people had robbed a bank branch, stealing an undetermined amount of money at gunpoint.