Swedish student on trial for deportation protest that stopped flight 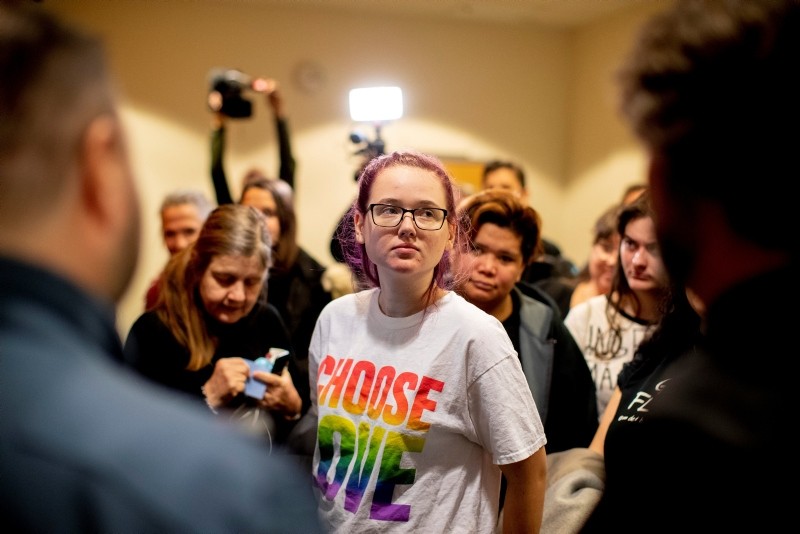 A Swedish woman who live-streamed a protest on a plane at a Swedish airport in a bid to stop the deportation of an Afghan man went on trial Monday for violating air traffic regulations.

Elin Ersson live-streamed her July 23 protest to Facebook from inside the plane at Gothenburg Landvetter Airport. The clip showing her refusing to sit down went viral. Ersson was heard saying in the video that some passengers had also stood up in support.

The stand-off involving Ersson, a Turkish Airlines flight attendant and some other passengers was resolved when the Afghan man and Ersson disembarked from the plane.

Ersson has stated that she was acting on moral grounds, and that Afghanistan was not safe for returnees.

Her attorney, Tomas Fridh, challenged the charges. He filed a document from a Stockholm University doctor of law, Dennis Martinsson, who questioned if the aviation law could be applied for the charges filed, noting for instance that Ersson was told to sit down by the crew and not the pilot.

Ersson faces a fine or up to six months in prison if convicted.

The Afghan man, 52, was later deported to Afghanistan.

The Istanbul-bound Turkish Airlines flight was delayed almost 2 hours. The airline has not requested compensation according to court documents.

The proceedings were held at the Gothenburg district court. Court officials had no immediate date for when the ruling was due.

Ersson is a member of an activist group in the western city of Gothenburg that has staged regular protests against deportations to Afghanistan.