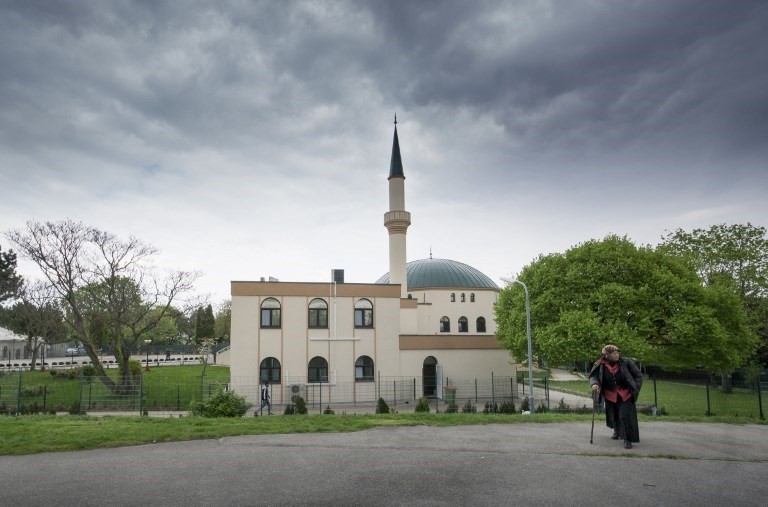 A Muslim woman walks by a mosque at the Vienna Islamic Center on April 14th 2017. (AFP Photo)
by Anadolu Agency Feb 15, 2019 12:00 am
A court in Austria annulled a government plan to shut down six mosques belonging to the Arab community, a Muslim body said late on Thursday.

In a statement, Ümit Vural, head of the Islamic Religious Community of Austria (IGGO), said that the Vienna court annulled the government's decision to close six mosques.

He added that courts have an important role to play in a period when populism is rampant.

During a news conference, Kurz said the move came as part of a crackdown on "political Islam".

Kurz said that the investigation by the Ministry of Culture and Interior had found out the activities of seven mosques — one of them belonging to the Turkish-Islamic Cultural Associations (ATIB) — unlawful.

The Turkish mosque was reopened after it fulfilled state regulations last year in June.