With no end in sight, Ukraine conflict drags into sixth year 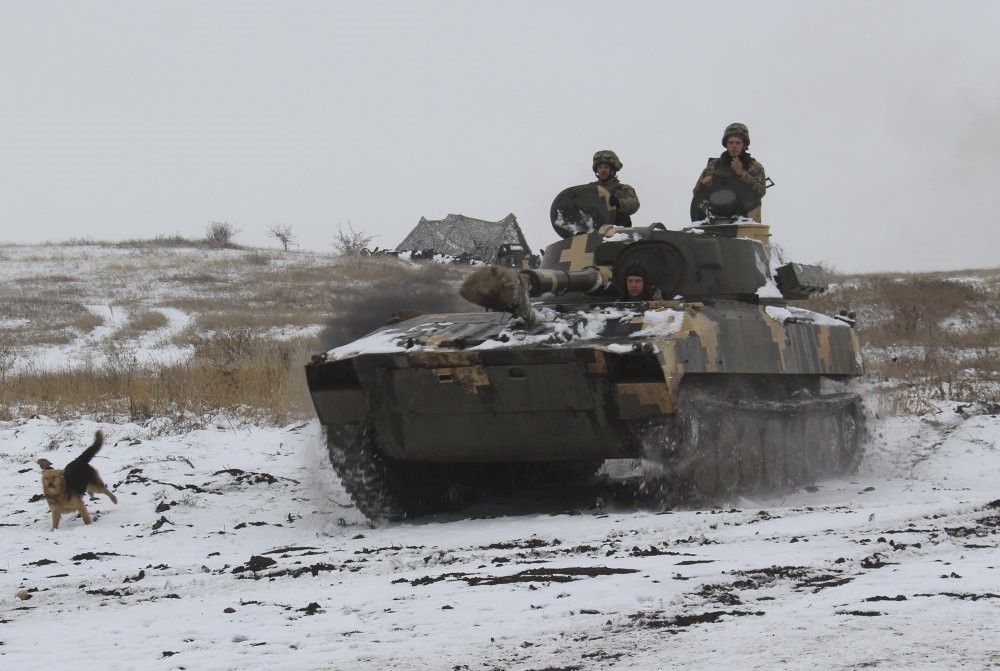 Despite reconciliation attempts to settle the conflict in eastern Ukraine, the crisis continues to claim more civilian lives as they suffer under deteriorating humanitarian conditions

As the conflict in eastern Ukraine will soon be entering its sixth year, civilians in conflict-hit areas continue to suffer from a humanitarian crisis that reveals the ineffectiveness of a series of international agreements to restore peace. According to the U.N., more than 3,300 civilians have been killed, and up to 9,000 injured, since the conflict began in 2014, with many of the 3.5 million civilians needing humanitarian assistance and protection services in 2019. "Many are struggling to access schools, hospitals and other essential services," Ursula Mueller, the U.N.'s deputy humanitarian chief, said, underscoring the severe humanitarian problems.

Mueller also said that in 2018 alone, "Eighty-nine incidents affected water and sanitation facilities and, in the last 12 months, 12 water workers were injured due to hostilities and landmine explosions."

"The parties to the conflict must take all feasible precautions to avoid, and in any event minimize, civilian harm," she stressed, while calling on rival sides to be bound by international humanitarian law "to protect civilians and critical civilian infrastructure, at all times, everywhere and by all parties."

The U.N. established yesterday a special funding mechanism, the Ukraine Humanitarian Pooled Fund, appealed for $162 million this year to aid 2.3 million people, aiming to restore their access to livelihood, essential services and critical structures, according to local media.

As over 500,000 civilians living within 5 kilometers of the contact line have been exposed to periodic shelling, gunfire, landmines and unexploded ordnance, many risks their lives at the checkpoints in eastern Donetsk and Luhansk, waiting for several hours in freezing temperatures to cross the line under poor humanitarian conditions. Since December 2018, 14 people reportedly died from natural causes while waiting at checkpoints, Ertuğrul Apakan, chief of the Organization for Security and Co-operation in Europe (OSCE) monitoring mission in Ukraine said, as reported by the Associated Press.

Ties between Ukraine and Russia further deteriorated after Russia annexed the Crimean Peninsula in 2014 and backed separatist fighters in eastern Ukraine. The February 2015 Minsk Agreements, agreed by the leaders of Russia, Ukraine, France and Germany, set out the necessary steps to stop violence against civilians in eastern Ukraine, however, the U.N. has warned that the agreements have remained "largely unimplemented."

Assistant Secretary-General Miroslav Jenca told the U.N. Security Council that negotiations "appear to have lost momentum," with Russia and Ukraine "either unable and, or unwilling to reach an agreement on the key steps forward or being distracted from focusing on the implementation of agreed steps."

"The conflict in Ukraine is first and foremost tragically affecting the Ukrainian people," he said, but it also "continues to test the credibility of international and regional organizations."

In another sign of increasing tensions in the area, the military positions of both sides have come closer to each other in the "gray areas" near the so-called "contact line," according to the OSCE monitoring mission.

The mediating efforts between European countries, Ukraine and Russia have led to no significant improvement in ending the years-long pro-Russian separatist rebellion in eastern Ukraine. The peace talks could not produce a breakthrough over issues relating to the settlement of the Ukraine crisis. The gap between the parties is still too wide to reconcile, therefore the conflicting interests at the heart of the Ukrainian crisis are preventing a sustainable settlement between Kiev and the eastern Ukrainian separatists.