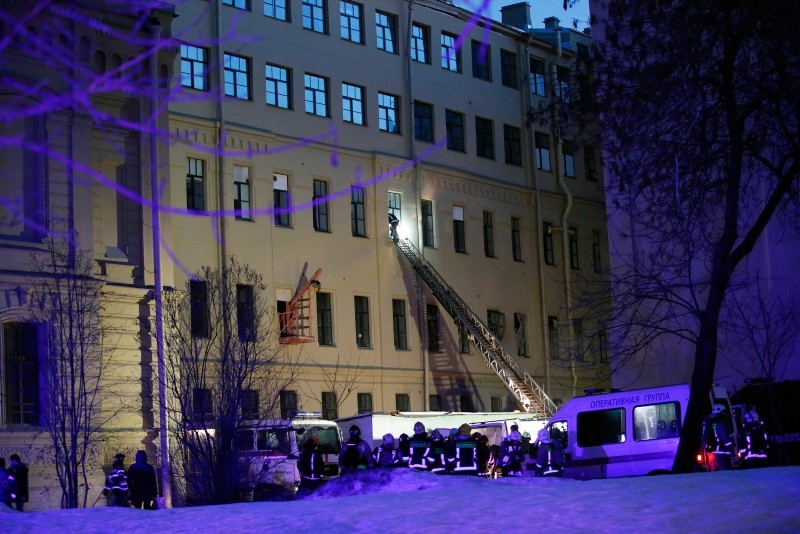 The walls of a university building partly collapsed in the Russian city of St. Petersburg on Saturday and some people were trapped under debris, but emergency services reported no casualties, Russian news agencies reported.

The Emergencies Ministry said the collapse at the Saint Petersburg National Research University of Information Technologies, Mechanics and Optics took place as construction work was underway. An investigation into criminal violation of construction safety has been opened.

St. Petersburg acting governor Alexander Beglov told journalists at the scene in the central city that 81 people were evacuated from the building.

"No victims, no injured," he said.

He said about 20 of those evacuated were foreign students attending a weekend class.

The cause of the collapse Saturday afternoon at the building of the Saint Petersburg National Research University of Information Technologies, Mechanics and Optics was not clear.

The school, known as ITMO University, is one of Russia's national research universities.