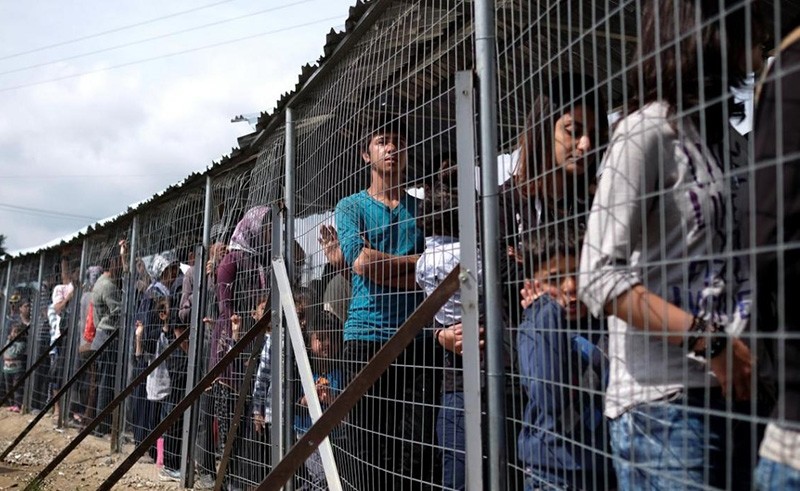 The Council of Europe rights body Tuesday condemned the "inhuman and degrading treatment" of migrants and asylum seekers held in Greece, adding it had credible allegations of abuse by police.

"Foreign nationals deprived of their liberty by the Greek authorities must be treated humanely and with dignity," the Council's European Committee for the Prevention of Torture (CPT) said.

The committee published the report after visiting the country -- which has been at the frontline of the migration crisis in Europe -- over ten days in April 2018.

"Conditions of detention were found to be grossly sub-standard in some of the police and border guard stations visited," it said.

At one center in the Evros region in the northeast on the Turkish border, families, children, pregnant women and single men were held together for weeks and sometimes months in a center that offered just one square meter of living space per person.

It said such conditions "can easily be considered as amounting to inhuman and degrading treatment."

The committee also said it received "credible allegations of police ill-treatment (slaps, punches, kicks, baton blows and verbal abuse) from foreign nationals held" in the Evros region and at a camp on the island of Lesbos.

Other migrants claimed to have been driven back to Turkey by border guards.

The number of migrants arriving in Greece peaked in 2015, when more than a million people, most of them Syrian refugees, crossed over from Turkey, mainly by boat.

A deal struck between the European Union and Ankara in 2016 helped stem the flow.

However, the number of people attempting to cross the river Evros into Greece has increased since naval patrols intensified in the Aegean Sea in 2016.

The CPT recommended that Greek authorities significantly increase the number of centers for unaccompanied minors.

In 2017 it had denounced the conditions of thousands of migrants who were held in cramped cells lacking food and drinking water as unacceptable.

In a response included in the report, Greek authorities said that investigations into unofficial removals and ill-treatment by officers had found "no disciplinary liability" by the police.

They blamed the poor conditions of detention in the Evros region on "increased migratory pressure" at the time of the CPT's visit.