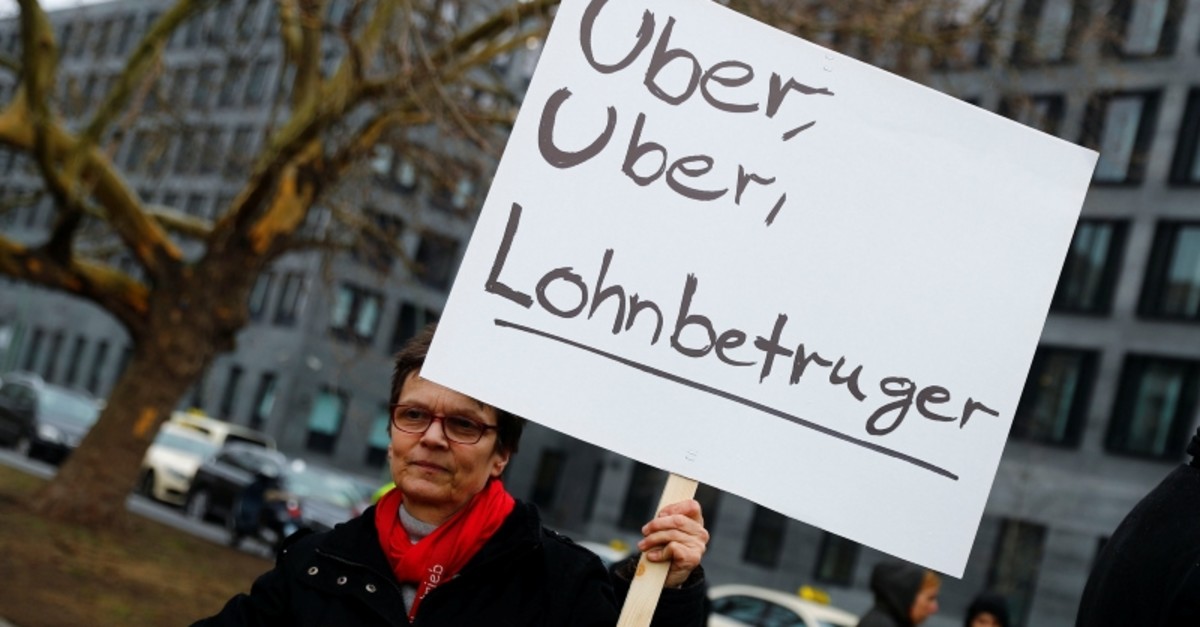 A licensed taxi driver protests against a planned change of the passenger transport law in front of the Federal Department of Transportation in Berlin, Germany, February 21, 2019. The placard reads: ,Uber, Uber, wage cheater., (Reuters Photo)
by Feb 21, 2019 12:00 am

Around 700 taxi drivers gathered in front of the German Transport Ministry in Berlin on Thursday to protest government plans for liberalizing the market for ride-hailing services like Uber.

"No one wants to suppress the taxi industry," Transport Minister Andreas Scheuer said, speaking on a stage erected in front of the ministry. His comments, spoken into a microphone, were drowned out by booing from the crowd.

The protest was triggered by a discussion paper from the ministry that was made public at the beginning of the week.

The document included changes to Germany's Passenger Transportion Act that would, for example, give ride-hail services like Uber better market access by removing a rented vehicle's obligation to return to its point of origin.

Unlike taxis, Uber drivers must currently return to their main location after each trip and are not allowed to wait for customers in the streets.

Addressing the demonstrators, Scheuer said that the paper was only a provisional outline to serve as a basis for discussion. Balancing the interests of the taxi industry is a main priority, Scheuer said, but so is the discussion of new forms of mobility.

"The taxi drivers fear for their existence," said Michael Mueller, president of the German Taxi and Car Rental Association, who called the protest. If the taxi industry is exposed to competition that is not bound by the same rules, the market will break, Mueller said.