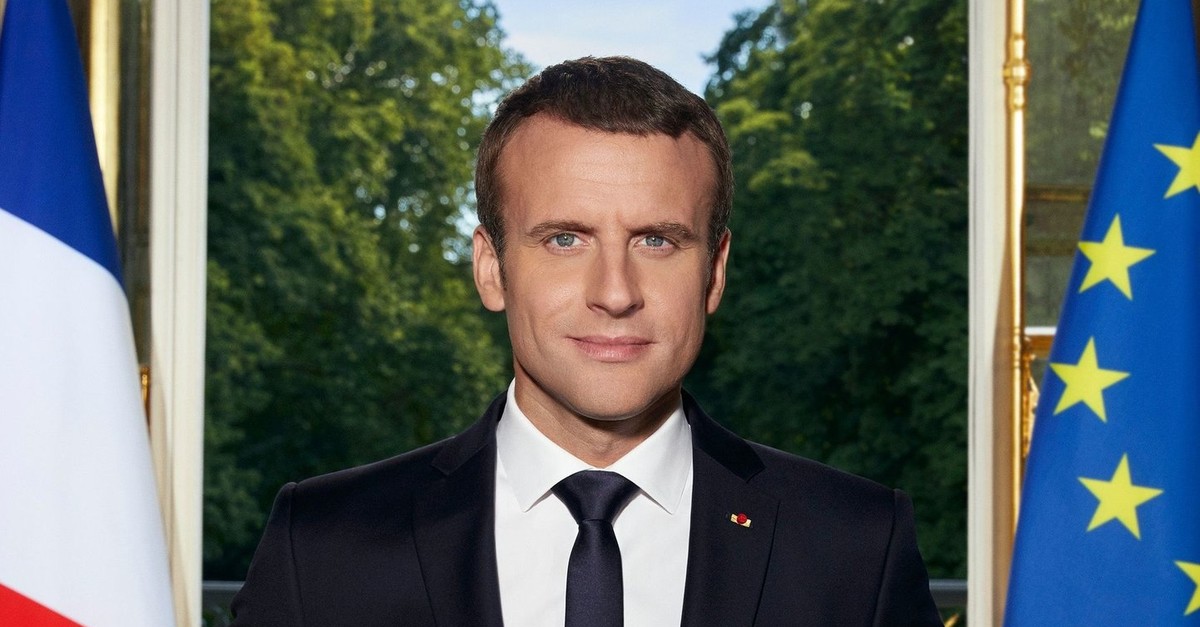 The official portrait of President Emmanuel Macron of France.
by Daily Sabah with AFP Feb 23, 2019 1:18 pm

The activists held a banner and one of Macron's presidential portraits and said that they took his portrait hostage in a reaction of his "inaction over climate issues." They urged him to "generalize such actions for entire France."

"Emmanuel Macron's inaction is criminal and puts future generations at risk," said the spokesman of one of the sections of the Europe Ecology-Greens movement in French city of Lyon.

Last December, a petition launched by the French environmental groups calling for legal action against the state for failing to act to curb climate change has received unprecedented public support.

Macron, who earned global plaudits for pledging to "make our planet great again" after taking office, has also come under pressure in recent months from environmental groups which insist more needs to be done to tackle the rising threats of climate change. His popular Environment Minister Nicolas Hulot resigned earlier this year over the government's green record, including its walking back on a commitment to reduce reliance on nuclear energy.

Macron's presidency has been facing its biggest crisis as the "yellow vests" have continued to stage nationwide protests. The protests started in November over fuel taxes and the high cost of living and morphed into a more general revolt against President Emmanuel Macron and a government they see as out of touch.

Macron's latest dip still has him higher than former-President François Hollande's absolute low point of a mere 20 percent approval rating, and it showcases yet another example of the French quickly turning against a president they elected. His nickname, "President of the Rich," is popular among the protesters, who say he is neglecting the middle, lower middle and working classes.

His reputation has been hit by the brusque departure of two high-profile ministers and a summer scandal over his bodyguard, while stubbornly high unemployment, high taxes and rising fuel prices add to a general feeling of discontent.