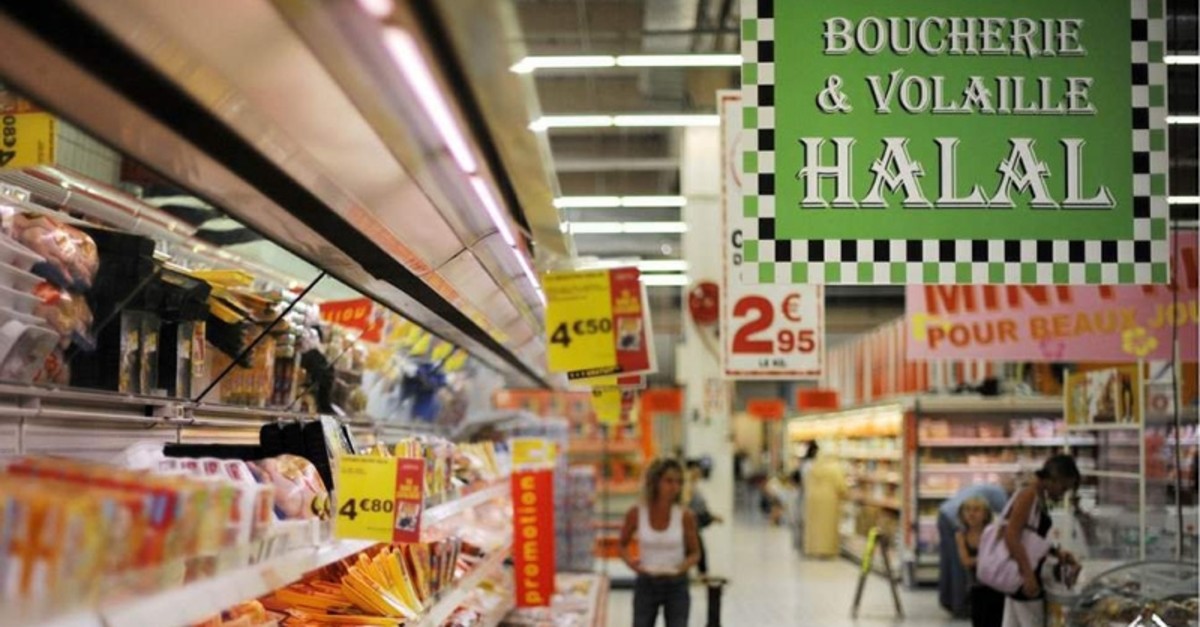 The way the meat is slaughtered "fails to observe the highest animal welfare standards", said the Court of Justice of the European Union (CJEU).

Many Muslims believe that for meat to be halal and acceptable for them to eat, the animal may not be stunned before it is killed. Jewish kosher practices are similar to halal in this respect.

Producers have to meet the highest animal welfare standards to qualify for the EU's organic label, the court noted.

So while the ritual slaughter of animals was allowed on grounds of religious freedom, if they were not first stunned then that did not meet the highest animal welfare standards.

The meat from such animals could not then qualify as organic.

The case came to the court after the OABA, a French association promoting animal welfare in abattoirs, urged the agriculture ministry to ban the labelling of such meat as organic.

French courts initially dismissed the OABA's case before passing it up to the CJEU for a definitive ruling.

A court adviser, Advocate General Nils Wahl, had argued the contrary in September. In most cases, the judges follow these recommendations.

Wahl noted at the time that finding ritual slaughter incompatible with organic certification would deny consumers of halal and kosher products the benefits of organic farming in terms of quality and food safety.

"The Court recalls that scientific studies have shown that pre-stunning is the technique that compromises animal welfare the least at the time of killing," said an CJEU statement Tuesday.

The halal requirement that the animals must not be stunned is not universally applied. There is also some disagreement over which form of slaughter causes the animal more pain, with some arguing that a stun gun can be more painful than an expertly applied cut to the animal's neck.

The Quran specifies that animals must be treated gently, the German Animal Welfare Federation noted ahead of Tuesday's ruling.

The case will now go back to the Court of Appeal in Versailles, France, for a definitive ruling.