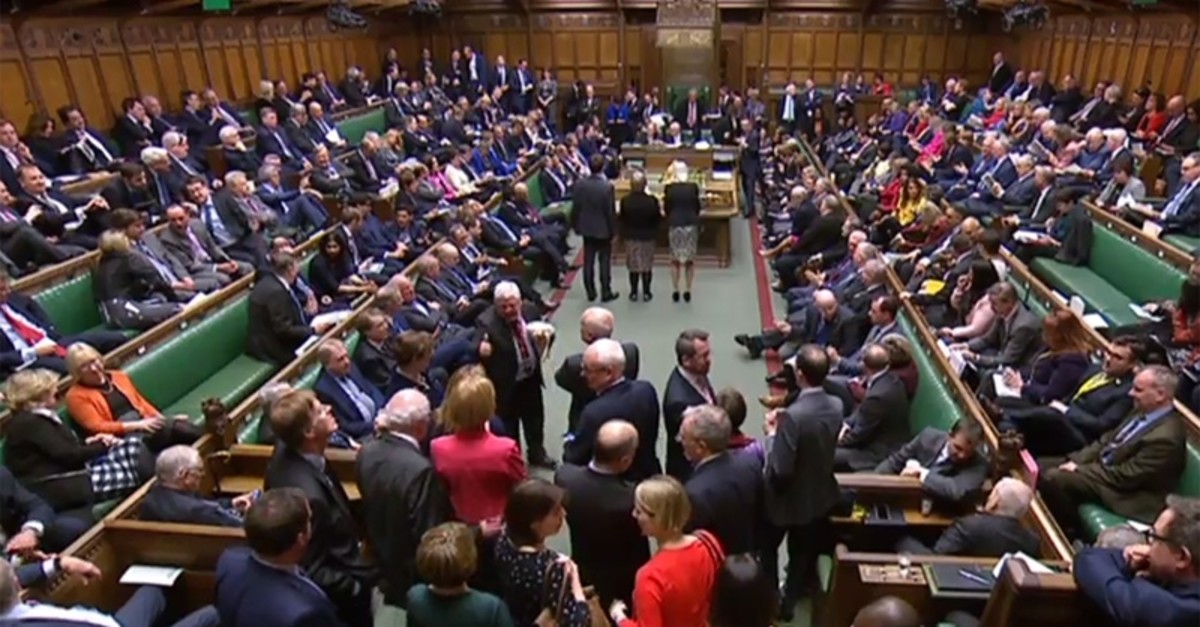 A video grab from footage broadcast by the U.K. Parliament's Parliamentary Recording Unit (PRU) shows the scene inside the House of Commons in London on Feb. 27, 2019. (AFP Photo)
by Compiled from Wire Services Feb 27, 2019 11:17 pm

Lawmakers approved a three-step plan unveiled by the embattled leader on Tuesday, that would give her more time to renegotiate an agreement struck with the bloc last year.

If she fails to win MPs' support for her reworked deal by March 12, they will vote on March 13 and 14 on leaving the EU as scheduled on March 29 without an agreement -- or delaying Brexit.

Wednesday's vote in the House of Commons was a symbolic move designed to ensure the government doesn't try to wriggle out of the promise.

The government did not oppose the amendment. Some pro-Brexit lawmakers, who fear a delay could be used to try to stop Brexit altogether, abstained.

On Wednesday, the Conservative government agreed that May will seek a joint U.K.-EU commitment on citizens' rights, whether or not the Brexit deal is approved.

An agreement struck between the U.K. and the bloc says 3 million EU citizens in Britain and 1 million U.K. nationals in other EU nations can continue their lives undisturbed after Brexit.

The move had gained wide support across the political spectrum, and the government agreed to support it to avoid an embarrassing defeat in Parliament.