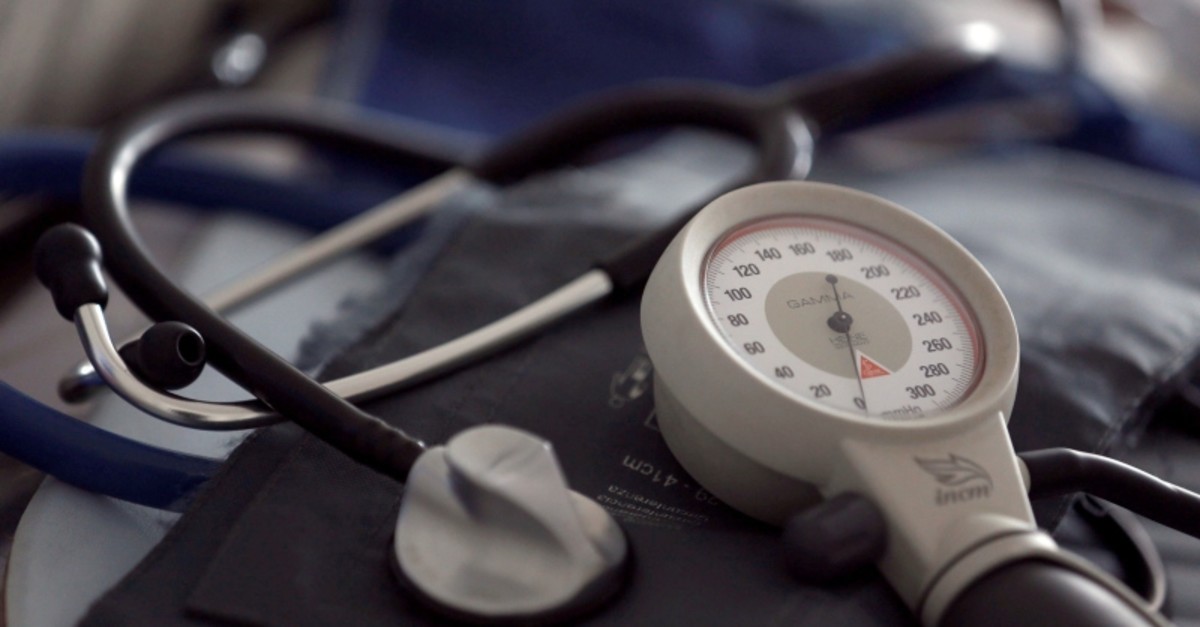 A photo illustration shows a stethoscope and blood-pressure machine of a French general practitioner displayed in a doctor's office in Bordeaux January 7, 2015. (REUTERS Photo)
by Daily Sabah Feb 27, 2019 12:00 am

A woman in the United Kingdom was given eight months of prison for willfully ill-treating her child after fooling the doctors for years that her daughter was suffering from a non-existing illness.

The woman from the Lancashire county of Blackpool, whose name was withheld due to ongoing legal proceedings, lied for four years that her daughter was suffering from epileptic seizures by distorting her medical analysis and tests, British daily the Blackpool Gazette reported Monday.

The 41-year-old caused her daughter to receive unnecessary medical treatments for years and only after officials realized the truth, the girl was removed from her care in 2017.

She then pleaded guilty at the criminal courts child cruelty by willfully fabricating and ill-treating her daughter between Jan. 2012 and 2016. Such abuse is called fabricated or induced illness (FII) or Munchausen's syndrome by proxy in medicine.

The judge serving in the hearing said that the behavior of the woman was "persistent and selfish exploitation" of her own daughter.

"It is almost impossible to believe a mother should act as you did towards your daughter for your own needs and for as long as you did," the judge was quoted by the local media.

The woman had previously made other false claims, including that she was a victim of several crimes.

In January 2016, she claimed that she had been receiving abusive and threatening letters which were found out to be fake only after the police discovered that she herself had placed the letters on her door step.