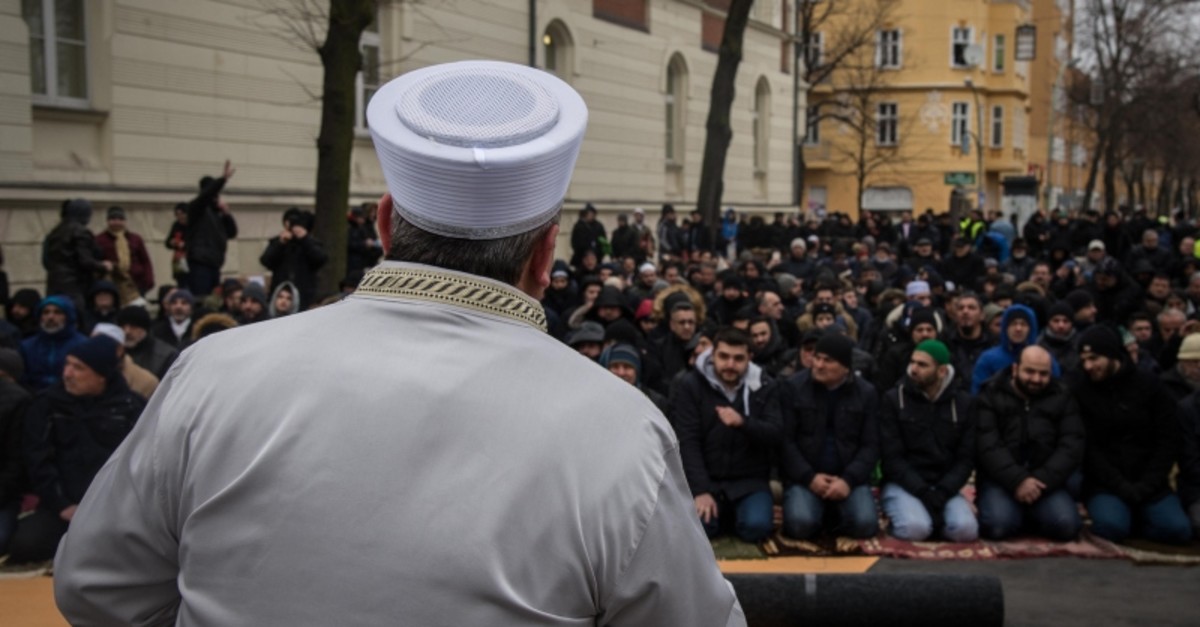 A Turkish imam addresses the Turkish-German community prior to Friday prayer in the street in front of the Koca Sinan Mosque in Berlin, March 16, 2018. (Sabah File Photo)
by Daily Sabah with DPA Mar 03, 2019 9:32 pm

Clerics looking after the large number of Muslim migrants who have entered Germany since 2015 "have a role model and adviser function that is crucial in terms of promoting the peaceful co-existence of different cultures and religions," the spokesman said.

Clerics "who speak the German language and are familiar with German culture" will do a better job of promoting integration, he added.

There are no official statistics on the number of foreign clerics in Germany. Linnemann claimed as part of his call for the language requirement that there were some 2,000 imams in Germany that speak "no or little German."

Merkel's government has been pushing for imams preaching in Germany to also be educated in the country. Many of the country's imams were educated in Turkey or Middle Eastern countries. Turks are the largest ethnic minority in Germany with a population of about 3 million.

The German government's insistence on German language skills as a requirement for granting certain visas, including for non-EU-resident spouses of German citizens, has brought on widespread critiques and even lawsuits. In 2014, the European Court of Justice ruled that requiring German language skills for family reunion cases was illegal, adding undue difficulty to the application process. Germany continued the practice despite the ruling, however.