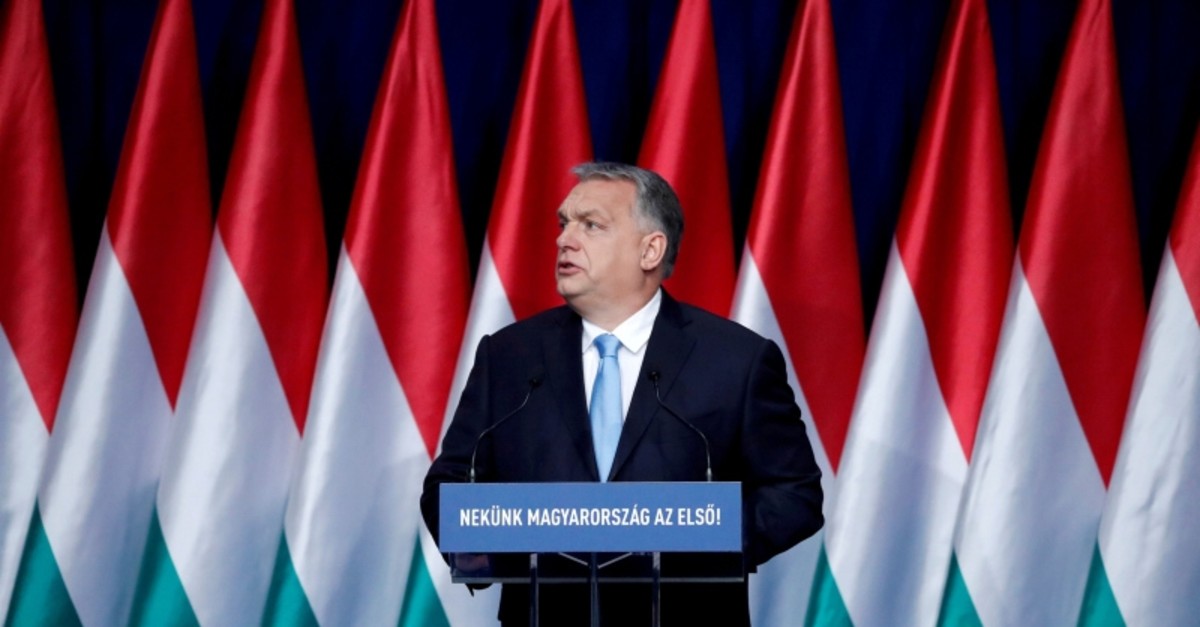 The European People's Party (EPP) said Tuesday that it has received letters from 12 member parties in nine countries seeking the exclusion or suspension of Orban's right-wing Fidesz party from the group, the biggest in the outgoing EU legislature. That's considerably more than the seven parties in five countries that were needed for a party's expulsion.

The issue has now been added to the agenda for a March 20 meeting of EPP's political assembly, which brings together representatives of member parties. Whether there will be a decision is unclear, but the body could decide to kick out or suspend Fidesz, which will be given an opportunity to defend itself.

The matter is coming to a head a little over two months before the May 23-26 European Parliament election. If the EPP votes to kick out Fidesz, it would also diminish its seats in the European Parliament, where the EPP is the dominant bloc. The EPP has 217 lawmakers in the 750-strong EU legislature, 12 of them from Fidesz. It is expected to remain the biggest faction in the new European Parliament but will most likely be weakened, surveys show.

Orban has been strongly identified for years with anti-migrant rhetoric. In recent weeks, he angered many in the European People's Party with a campaign of government ads accusing European Union leaders of promoting mass migration. They depict European Commission President Jean-Claude Juncker, a fellow EPP member, and Hungarian-American billionaire George Soros. 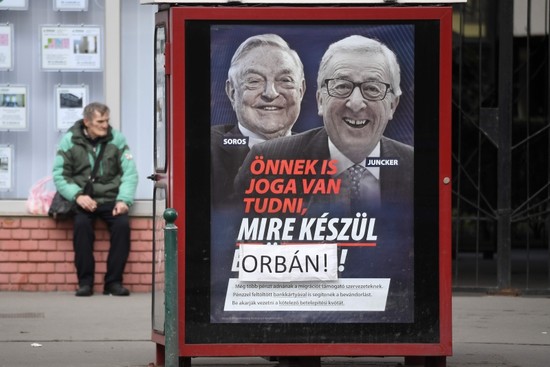 A man sits next to a poster on a telephone booth showing the portraits of European Commission chief Jean-Claude Juncker (R) and Hungarian-born U.S. investor and philanthropist George Soros and a slogan reading "You too have a right to know what Brussels is preparing" as the name "Brussels" is covered by the family name of Hungarian Prime Minister Orban in Budapest on February 26, 2019. - Opposition activists in Hungary on February 25, 2019 defaced hundreds of posters put up by the government attacking Juncker and Soros. (AFP Photo)

On Saturday, a government spokesman said the poster campaign will end March 15. But in a newspaper interview the next day, Orban said the campaign will have a new target: Juncker's deputy, Frans Timmermans.

"The European People's Party is a big family that can have its differences," EPP president Joseph Daul told Tuesday's edition of German daily Die Welt. "But there is a limit and Viktor Orban has crossed the red line."

The parties that have called for action against Fidesz are from Belgium, Finland, Greece, Lithuania, Luxembourg, Norway, the Netherlands, Portugal and Sweden.

Also against the leader are CDA of the Netherlands, the Portuguese parties CDS-PP and PSD, Sweden's Kristdemokraterna and Moderaterna, as well as Norway's Hoyre.

They do not, at least so far, include German Chancellor Angela Merkel's Christian Democratic Union; its Bavarian sister party, the Christian Social Union, which includes Manfred Weber, the EPP candidate to succeed Juncker; or Chancellor Sebastian Kurz's Austrian People's Party. Leaders of those parties have criticized Orban's campaign but stopped short of calling for Fidesz' removal.

Weber told Germany's Spiegel weekly on Friday that excluding Fidesz from the alliance was an "option on the table."

If the Fidesz is thrown out, however, some in the EPP fear that Orban will ally with the Northern League of Italian Interior Minister Matteo Salvini.

Orban, speaking to the German Welt am Sonntag weekly, dismissed those seeking the expulsion of Fidesz as "useful idiots" playing into the hands of the EPP's left-wing rivals.

His office published on its web site remarks by European leaders, as well as selected details of EU decisions on immigration, which Budapest says bolster its arguments.

"They want to manage migration, rather than halt it," it said, adding that Brussels was unlawfully seeking to force migrant quotas on Hungary. "We want a Europe which respects the rights of nation states, builds on its Christian values, protects its communities, and is also able to preserve its security in the long term."

Zoltan Novak, of Hungarian think-tank the Centre for Fair Political Analysis, said the spat formed part of the start of the European Parliament vote campaign. "He wants to be the antithesis to the mainstream elite," he said.

The EPP has 217 lawmakers in the 750-strong EU legislature, 12 of them from Fidesz. It is expected to remain the biggest faction in the new European Parliament but will most likely be weakened, surveys show.

The EU has been largely unsuccessful in taming Orban.

A probe launched in 2018 against Budapest for weakening the rule of law in the ex-communist country has proven largely ineffective beyond causing Hungary reputational damage.

Brussels is considering making access to EU budget funds from 2021 conditional on respecting democratic principles. Hungary and most other ex-communist EU members receive large sums from the budget for infrastructure and other projects.